The Agency of Definitive Sanctification: Father, Son and Holy Spirit 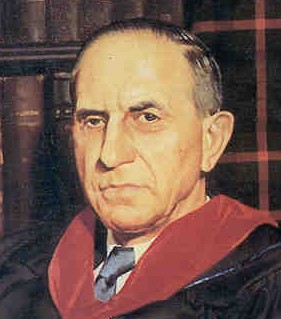 The unfortunate result of writing a thesis is that you end up with a lot of material but not enough space for its inclusion. There is a great tragedy in this, for apart from a few keen theological students and your honours supervisor these by-products are not really accessible reading. But that is not going to prevent me offering this brief piece, which is more of a hors d’oeuvre, on the agency of definitive sanctification.

John Murray on sanctification roused my interest in this question (see Collected Works: volume 2, p285-293). His answer to the question is given as a twofold progression where the second step, in my opinion, undoes the first. For he says that (1) while it is the saving action of each person in the Trinity that believers are sanctified, (2) it is by virtue of the Son’s complete work on the cross that the action of the Father and Holy Spirit take effect. So much for the old Latin expression opera trinitatis ad extra sunt indivisa (the external works of the Trinity are undivided). Murray appears to reduce the work of both Father and Spirit, within the Triune God’s sanctification of the creature. Below I will briefly outline why we should not limit the agency of our definitive sanctification to one person in the Trinity.

Father as Monarch: the initiating agent of the Trinity (Dr. Benjamin Dean, my lecturer in systematic theology at George Whitefield College)

Without presuming to address the myriad of questions surrounding the taxis (order) in the Trinity, this distinction made by Ben Dean is a helpful one: when we speak of the Monarchy of the Father we can do so with reference to his person but not his being. That is to say that the Father, without being ontologically superior, is the prominent person within the Trinity. His prerogative is privileged as he is the leading and initiating figure of the Trinity. Thus when we speak about the co-activity of the Triune God we need to bear in mind that it unfolds within a defined order. Bringing this back to sanctification we should remember that the Son’s work is carried out in submission to the Father’s desire that his creatures enjoy a relationship with him, and for this they must be sanctified.

The pactum salutis: the covenant of grace

Though it is often forgotten or unmentioned, the pactum salutis (pact of salvation) is a hallmark of Reformed theology. It presupposes communion with Christ, a union or bond forged between the mediator and God’s elect in eternity. Election is the Father’s decision to make a covenant of grace with certain creatures he chose before time. The Father gives the elect to his Son and unites them with him, which explains Jesus’ phrase in John 10:28-29 where he assures believers that he will lose none that the Father has trusted into his hand. Though not very different to the first point I have made, the pactum salutis teaches us is that in sanctification, we are not merely benefitting from Christ’s work and our position in him, but as covenant partners with the Triune God from eternity, the Spirit appropriates covenant blessings (salvation) to us.

In eternity the Father looks ahead to our reconciliation and sanctification, in history the Son takes up the creature’s cause and reconciles them by his sufficient work, in which our sanctification finds its organic source. But it is the Spirit who completes the sanctification which was willed by the Father and effectively procured by the Son. The Spirit acts upon the creature filling out its history in completion of the divine purpose. He makes this sanctification actual. His work establishes creatures in fellowship with “the thrice Holy One”. Thus without his work the salvation initiated in eternity and secured at Calvary cannot be enjoyed by the creature. 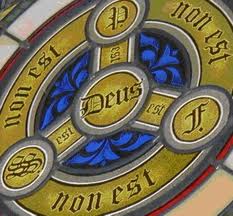 We will finish where we started, with John Murray, who concludes his chapter on the pattern sanctification like this, “when Christ is truly honoured, the other persons of the Godhead are likewise honoured” for we see the Father’s glory in the Son’s face and know that the Spirit glorifies the Son (p312). I wholeheartedly agree with Murray, but ask if we would not gain a greater grasp of the Son’s work as we remember its integration within the Trinity’s.