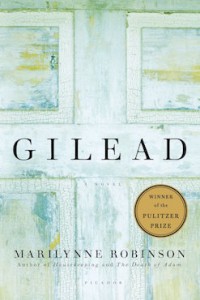 Last month I found a second hand copy of Marilynne Robinson’s 2004 novel, Gilead. The book is a collection of moving memoirs (for lack of a better word) written by an elderly man, whose heart is failing, to his young son, whom he will soon leave behind. John Ames, the father, never expected to have a young wife in his old age, let alone that he’d be leaving a child to the world in his flight from it. And so the warmly honest diary touches on many things, from grieved apology to wondrous reflections on human life and creation, to the painful recounting of his mistakes and pensive thoughts on his sermons and pastoral duties. Gilead is a tale of untold beauty.

One of the features in John Ames’ letter which I found myself rereading over and over was his theological musings. I want to quote one of them and offer my own brief reflection. As he approaches the close, John Ames writes, “the Greek word sozo, which is usually translated 'saved,' can also mean healed, restored, that sort of thing. So the conventional translation narrows the meaning of the word in a way that can create false expectations. I thought he [Jack Boughton] should be aware that grace is not so poor a thing that it cannot present itself in any number of ways." What John Ames wants his son to bear in mind, and what struck me, is his caution to narrow and impoverish grace, for God’s initiative to save presents itself in a number of ways. When Jesus Christ saves people he gives life, affirming the goodness of creaturely existence and undoing the disastrous effects of sin.

In my experience, an all too frequent characteristic of Reformed theology is the tendency towards reductionism. Words and concepts are reduced so that they fit snugly within our larger systematic structure and ‘party line’ truisms. Michael Welker defines reductionism as, ‘limiting our understanding of an area to one guiding principle or single key at the expense of all other tools.’ N. T. Wright warns us against an overly reductionistic approach to Scripture. In his essay New Perspectives on Paul, Wright confronts those who would diminish the gospel to a system of salvation, ignoring that Israel’s Messiah was being proclaimed as the world’s true Lord who calls all people to faith. Grace writes us into the greatest story ever told. 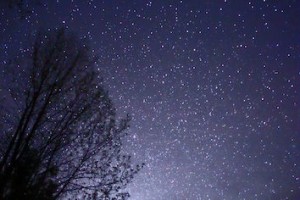 Salvation is more wonderful than a system whereby God makes us right with him, for he remakes creatures for righteous living. Grace is much more than ‘God’s riches at Christ’s expense,’ it is the magnificent divine movement that captures sinful creatures and takes them from rebellion to glory. Being saved is not God’s extraction of sinners from a hopeless world; it is their experience of his new creation both around and in them, as the Lord renews what was broken. As Michael Horton says in The Christian faith, “Scripture does not present us with a choice between the personal and cosmic dimensions of the new creation” (p560). Behold, he makes all things new! That is the greatest tale of untold beauty.

« The Agency of Definitive Sanctification: Father, Son and Holy Spirit The Victory of Christ over Demons in the African Worldview »
comments powered by Disqus