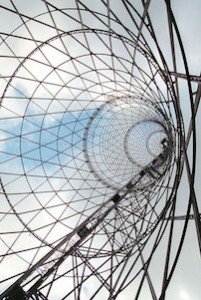 Most Christians have at some point sung along to Matt Redman’s chorus “You give and take away,” ad nauseam, in a church service or coming from your first generation iPod. But forgetting that song, and holding onto the words of the refrain, I want to discuss a few of the ways in which technology has taken from us, impoverished our lives. In his must-read book on the topic, The Next Story, Tim Challies reminds us “that a technology tends to wear its benefits on its sleeve–while the drawbacks are buried deep within. The opportunities are obvious and apparent, while the risks are revealed only after close scrutiny and the slow march of time and experience.” Have you considered the consequences and impact of technology and the digital revolution? Most of us blindly and uncritically use whatever technology we can afford, so in this short post I want to address some of the areas of life where I believe technology is depriving us. Sure, technology gives, but it also takes.

The first point I want to highlight was prompted by reading Alan Jacob’s 79 Theses on Technology for Disputation. In his 5th and 6th disputations he speaks about attention as a resource, hence the term ‘pay attention.’ If this is true then we should view our attention as an economic exercise. Where we invest our attention, which Jacobs says is not an infinitely renewable resource, should therefore be carefully evaluated and planned; we should steward it wisely and not wastefully. I do not think it is an overstatement to say that much of our technology demands attention and also frequently disrupts it. Our attention is nearly always divided and we fail to discern where to primarily invest it. In our unyielding efforts to be connected at all times, our attention is scattered in so many directions that we are barely focused and fully present in any of them. As Jacobs suggests, quite strikingly, we must assess the investment of attention at least as carefully as we do our money. 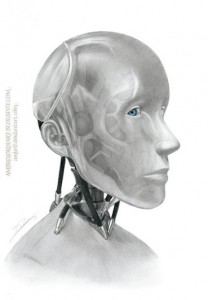 I admit this heading sounds dramatic, but I am firmly convinced that technology enslaves many people today, not in the same sense that AI sets out to subjugate humanity in Isaac Asimov’s I, Robot (or Skynet, from the Terminator franchise) but in a more beguiling way. Technology promises to improve our lives at almost every turn – helping us become more connected, efficient and productive – and we wholeheartedly believe it, entrusting ourselves to technology. In a previous post I wrote, “Many of us fall into the trap of ascribing a godlike attribute of unassailability to technology…we begin to worship the created rather than the Creator.” Alan Jacobs puts it better in his 42nd disputation, “Our current electronic technologies make competent servants, annoyingly capricious masters, and tragically incompetent gods.” Devices and apps meant to serve us tend to take more than they can give, eventually controlling and in the worst cases enslaving us to their service. This process is both subtle and an undeniable threat, making our devices and technology much more dangerous than Asimov’s fictional U.S. Robots and Mechanical Men, Inc.

Finally, I fear that the superficiality of the digital age is diminishing our capacity and desire to examine life and the arts. When I reflect on my own conversations I regret how many of them revolve around the latest TV series and Hollywood blockbusters. I guess this would distress me less if those discussions dissected narratives, weighing character development and exploring themes (not that Hollywood really achieves this) but they are for the most part vapid or shallow. I think a reason for this is that, as C. S. Lewis said, we are obsessed with event – to the point that event has become synonymous with story – and have unwittingly surrendered the ability to wrestle with concepts, ideas, and meaning. We are tragically content to discuss what happened, the twists and turns of a series or the spectacular events in the latest Marvel film adaption but are uninterested in what might be taking place beneath the surface. Book critic David Ulin has written, “Today, it seems it is not contemplation we seek but an odd sort of distraction masquerading as being in the know.” Sure we have lots to talk about, endless information and inane entertainment is never more than a glowing screen and mouse click away. But, at the risk of sounding portentous, I think we waste countless hours talking about nothing. I have written elsewhere about our fear of deep engagement, suggesting that we possess a consumerist preference for passive entertainment, such as film, but I am seeing more and more how the superficial nature of the digital age has impoverished our ability to critically engage. We strain our attention onto events not ideas, meaning the arts rarely pass our eyes and life is left unexamined. 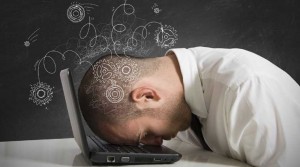 Tony Reinke has given five foundational principles, taken from The Pastor as Public Theologian, concerning the use of technology, based on Genesis 1-11. I will conclude using his final point: “Technology is inherently dangerous because it is the product of purposive human activity, and we need help from God in limiting its use.” Reinke (like Challies) believes that we find this statement exceptionally hard to grasp, since we think all technology is progress. Yet, as I have tried to argue: technology often distracts us, slowly enslaves us, and can weaken critical engagement. So we should be slower to buy into technology, considerate of its impact on how we behave, and weary of its relentless march into all of life.