Two weeks back I posted on some of technology’s drawbacks. Reiterating a point made by Tim Challies, I started by arguing that our eyes are only open to the positive benefits of technology, meaning we blindly embrace the latest apps, devices, and digital advances without considering what their negative effects might be. After making that point I highlighted three areas where technology is adversely impacting human life: fragmented and interrupted attention, unhealthily increased dependence on tending towards enslavement to technologies, and the loss of critical engagement or thoughtfulness due to the superficial nature of technology. In this short post I want to point to three more ways I think that technology is having an adverse effect on human life. 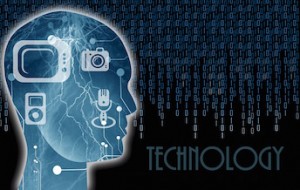 ‘I know this…hang on…um…alright, Google it.’ How often is that the answer to a question, and if you are honest: your own answer. In his now famous article, Is Google making us stupid?, Nicholas Carr writes, “For all that’s been written about the Net, there’s been little consideration of how, exactly, it’s reprogramming us.” In the article Carr makes numerous prickly points, from the commodification of information to the way the web discourages contemplation in favour of amassing data, but central to his article is the observation that we are outsourcing our memory and mental capacity. Carr says, “The human brain is just an outdated computer that needs a faster processor and a bigger hard drive.” Admitting that he might just be a “worrywart” or Luddite, Carr acknowledges that – in the same way the technology of bound books “would serve to spread information, spur fresh ideas, and expand human knowledge (if not wisdom)” – the internet may result in a “golden age of intellectual discovery and universal wisdom.” Yet he remains sceptical, as do I. The easy access to endless amounts of information means we retain less, find it hard to recall what we have read, and see no need for growing in knowledge. Surely, that is not progress.

In his lecture on private prayer, Charles Spurgeon lamented how an inward poverty means that many people find silence unbearable; the corollary of this is that we cannot stand undistracted solitude. When I was in high school, Shakespearian soliloquys struck me as highly odd and obviously theatrical, but today I think they are a haunting visage of something we are no longer capable of: internal dialogue and introspection. In the outstanding collection of essays Stop What You’re Doing and Read This, Jane Davis challenges our preference for the comfortable shallows of human life, and I firmly believe that much of our technology enables or even encourages such superficiality. Davis strongly posits, “Consistently ignoring the inner life has put depression and anxiety high amongst the world’s most serious epidemics…Despite our desire to amass, consume, and be mindless, the ‘unspeakable desire’ to know ‘our buried life’ is ancient and implacable.” We use social media to express invented and pliable versions of who we want to be, yet hardly know ourselves. We impulsively comment on blogs remonstrating others, but find it impossible to internalise thoughts and ideas. We peruse infinitely scrolling feeds for hours on end – liking, retweeting, and pinning – only when we come away from them we are none the richer. Constant connectivity leaves little time for careful contemplation. As Malcom Gladwell has said, today we are experientially wealthy and theoretically impoverished. 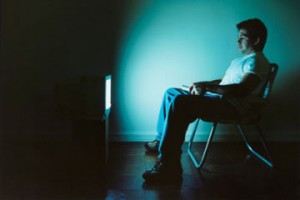 In my previous post I admitted the potential of being melodramatic, so I might as well run the risk of sounding like a crank. In Marilynne Robinson’s masterpiece, Home, Old Boughton is discussing the news and asserts that, “In six months nobody will remember one thing about it,” for, “It’s television that makes things seem important whether they are or not.” What comes to us through our screens is very rarely weighed or thoughtfully evaluated. According to my news feeds and Facebook, the death of Cecil, a protected lion, is the most significant event from the last couple of weeks. Worse than that is the grossly unhealthy celebrity culture, which considers Kim Kardashian’s baby bump more newsworthy than a massacre in Kenya. As D. A. Carson notes, in Basics for Believers, TV is the dominant reference point or moral ‘bottom line,’ for many people, resulting in grossly warped values. Carson points out how parents are anxiously concerned that their children have the right kinds of friends and role models, for all of us learn by a kind of existential mimicry, only we naïvely overlook the vicarious friendship provided by TV. With the average person spending over 3 hours in front of one TV daily, the results are undeniable: "We no longer have authentic heroes. People are celebrated for extravagant behaviour or conspicuous consumption, not for their value to society. Wealth is preferred to worth, glamour to virtue. There are many 'personalities', but few show evidence of character" (Edward Donnelly). Not everything that appears on our screens is significant, but the TV industry, click bait, and social media sites thrive off of our woeful discernment, and from confusing our values.

Living in the world of technology is unavoidable. But being aware of how technology shapes us is a crucial step away from being dominated by it. We have seen that outsourcing our memories incapacitates our minds, the digital world discourages introspection, and how confusing presentation of information on our screens erodes values. Since I have not read anything better on the impact technology has had than The Next Story I will let Tim Challies have the last word: "So here we sit today, surveying the landscape after the digital explosion. We live in the glare of screens; we outsource our memories to bits and bytes; we experience some of our deepest and most important relationships through the ethereal networks powered by electricity and computer hardware. We are a digital people-a digital generation, dependent on our devices."