Steve Jobs and the Creep of Technology 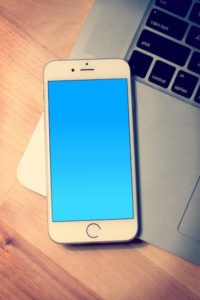 Though originally said in dismissal of market research, Steve Jobs’ now famous words, “People don't know what they want until you show it to them,” teach us something about consumerism and technology. Who would have thought before 2007 that you needed a cell phone as powerful as a computer? And just three years later we were convinced that everyone needs an almost identical device, just with a larger screen. I am talking respectively about the iPhone and iPad, two pieces of technology I cannot imagine my life without. So perhaps Jobs was right. In fact he most certainly was. But notice that he refers to what people want, not what they need.

As I wrote in a previous post, the choice to live in the modern sea of technology is unavoidable. But the flood of devices, social media, and apps means we are in serious danger of drowning in it. Technology is not merely tailored to meet a need while remaining hermetically sealed from the rest of our lives. They almost always demand more space than we intend to give them. As James Sire puts it in The Discipleship of the Mind, technology imposes how it is used. When I finally got my hands on my iPhone 3G it was so that I could have a cell phone and music player in one device. But six years later my iPhone – no, not the same one – has crept into most areas of my life, shaping how I do things, and even my thought processes.

The word technology is derived from older ones meaning ‘craft’ or ‘skill.’ And many Christian authors trace it back to Genesis 1-2, understanding it as a part of God’s appointing mankind to subdue and cultivate the creation. With this perspective we can rightly view technology as a tool. Theologians have observed this as a distinguishing mark of our species and indicative of the image of God.  One of those authors, Elaine Graham, in her essay The "end" of the human or the end of the "human"?, says that technology is a gift from our Creator, who has made us like him, to be creators. Technology, therefore, is God-given and we should ensure that our use of it is God-honouring. The question to ask then is: What does discerning use of technology look like?

The most obvious point to make is that in an age where early adoption is gospel, we should approach technology cautiously, gauging its usefulness and potential invasiveness. For companies and developers are certainly offering us what we want but not necessarily what we need. Technology is pushed onto us every day: friends, adverts, and recommendations suggest that every product is one you cannot live without. But I did live without it, for years. I managed to have meaningful relationships apart from Facebook and Whatsapp. I was productive before the rise of productivity tools. I found music that I liked without being told, ‘Those who bought this also bought…’ Those are trivial examples but the point remains: the Christian is called to be discerning and measured, perhaps especially with regards to technology.

Let me conclude with one last point. We have seen that technology is a useful gift and tool from our Creator God. Ultimately our technology should serve us and help us to serve God and love our neighbours. But the inherent danger of technology can be summarised under two paradoxical urges: control and idolatry. Firstly, technology promises power, sometimes even omnipotence, as it enables us to control everything around us. In a sense, the elevation and heightened expectations of technology deceives us about the human condition, and its limitations. We must remember that we are creatures, given tools with which we can serve God. Secondly, we must remember that those tools are not God. When we find they are beginning to control us, determining how we live and demanding our worship, we must turn again from idols to serve the living and true God.

This post originally appeared at LifeWay Media blog and is published here with minor changes. However, I have not been able to locate the original article.

« Church Growth: A Response Chris Pratt: The Church's Responsibility to the Next Generation »
comments powered by Disqus