Chris Pratt: The Church's Responsibility to the Next Generation 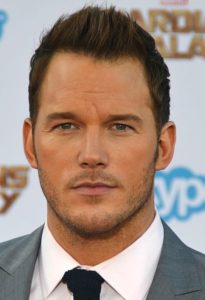 Appearing repeatedly on my social media feeds this week was Chris Pratt’s speech, after accepting the MTV Generation Award. What has garnered a lot of attention was his ninth rule for living: if we are willing to accept that we are imperfect then we can experience grace. “Grace is a gift, and like the freedom we enjoy in this country that grace was paid for with someone else’s blood. Do not forget it. Don’t take it for granted.” Putting aside the fact that Pratt accomplished in 15 seconds what Bishop Michael Curry failed to do in 15 minutes at the Royal Wedding, I want to pick up Pratt’s understanding of this particular award and the expectation tied to it. Pratt said, “This being the Generation Award I’m going to cut to the chase and I’m going to speak to you, the next generation. I accept the responsibility as your elder.”

Having recently had our first child, the reality of being responsible for the next generation has become both unavoidable and uncomfortable. I confess it is very likely an indication of my own selfishness that no meaningful thought on this task preceded the arrival of my son, which is to sideline the New Testament model that makes older and more mature Christians responsible for the younger. Pratt seems to understand this call in an age when many Christians only invest in their peers and the nuclear family. In 12 Ways Your Phone is Changing You, Tony Reinke argues that one of the imperative responsibilities we have for future generations is the discerning use of pervasive technology. If we fail in this area those follow us will suffer the consequences. But I want to highlight another responsibility we have towards the next generation, specifically in the church. 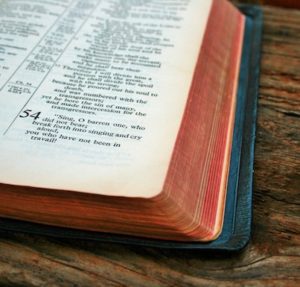 In the Old Testament book of Amos one of the themes that emerges is Israel’s rejection of God’s truth. As God’s covenant people Israel were entrusted with God’s law and expected to live in accordance with it (2:4-5). His law should have governed their lives and given shape to their worship. Yahweh also sent prophets but Israel silenced them (2:12; 3:7), hating those who spoke God’s truth (5:10). Appropriating Paul’s words in Romans 1, Israel exchanged God’s truth for a lie, for idols, and in order to live independently of God’s rule. How did this happen? As Amaziah said to the prophet in Amos 7, God’s words were unpleasant and uninspiring. They were burdensome, ‘Come on Amos, your unhealthy fixation on sin and insistence on God’s judgment simply isn’t what Israel want to hear. You need to adapt your message for the people, for the culture and their felt needs.’ But listen to Amos’ reply: The LORD took me from following the flock and said to me, “Go prophesy to my people” (7:15). The popularity of God’s truth does not alter its significance.

What is the outcome of Israel’s rejection of God’s truth? Look at Amos 8:11, “I will send a famine on the land—not a famine of bread, nor a thirst for water, but of hearing the words of the LORD.” He goes on in 8:12 to describe people desperately searching for a word from God without finding or hearing it. D. A. Carson comments on these verses, “The point is that people who do not devote themselves to the words of God eventually lose them. The loss is catastrophic.”

What does any of this have to do with Chris Pratt or the next generation? In the next verse we are told that by abandoning by the words of God and God allowing that decision spells death for the generation to come, “the lovely virgins and strong men” (8:13). Israel’s rejection of God’s truth, his life-giving word, would lead to spiritual death and exile. Part of this tragedy we often miss is that those who came next would suffer a similar fate. The next generation will experience God’s silence and judgment because the current one had abandoned God’s truth. This should jolt us from our complacency and impress on us the responsibilities we have for the next generation in the church. The church that undervalues God’s gospel, contained in his inspired and true Word, brings death on the generations that will follow. The church that undervalues the Bible is not relevant, they are robbing the next generation of hearing from God.