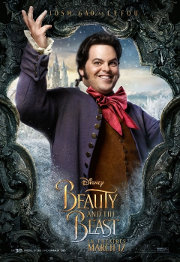 With the release of Beauty and the Beast around the corner and the (completely intentional, as far as I’m concerned) controversy over “LeFouGate,” I have been thinking (again) about the LGBTQ / SSA community and the church. The big question on my mind is one that has been asked many times before: how do we make both compassion and holiness our priorities?

It seems that one the major problems is that the idea of the church and its reality are two very different things. Although we say we are against all sin, what we do stigmatises sexual sin and brushes pride, greed and selfishness under the carpet. We say that the church is a community and that everyone is welcome – in fact we would say we are the best community – but in a small group I attended a gay friend once said the best experience of community that he has had has been outside of the church. I asked him what he meant by “best experience of community” and he explained “where I feel like people care about me and try to understand me.” So yes, once again we can say the church is failing on this front – if you’re reading this and you’re in the LGBTQ / SSA community, sorry for mucking this stuff up for so long!

Two responses that I don’t think are helping us are (1) saying “love the sinner hate the sin” - this response is definitely on the side of “love them with the truth even if it hurts.” Sure, there’s something to be said for this approach but the problem is that it stops far short of knowing “the sinner” and forgets how core of an issue this is with regards to self-identity. I think if we are going to be compassionate, this solution is going to let us down. (2) Reframing sin in terms of brokenness (which I wrote about that a while ago). Although this helps us to be compassionate by using language that is not condemnatory, it also turns us into victims of our own sin rather than wilful agents. This is actually more of a problem to the heterosexual community which seems to have gravitated toward this language because while sounding generous and loving, it excuses and plays down our own sin.

So what’s the solution? Well if you want a solution to a problem that has been plaguing the church for the last few decades and to which few people even gesture at answers, you’ve come to the right place – if you know me, you know that I don’t hesitate to give definitive answers to life’s difficult questions (*sarcasm people). But to suggest something rather than crash landing this post at this point, I will say two things. 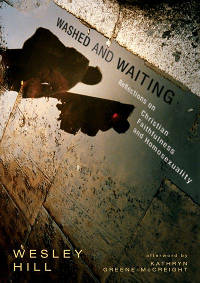 First, read (and this, by the way, is the only solutiony type thing I'm going to offer). In his Experiment in Criticism Lewis writes

In reading great literature I become a thousand men and yet remain myself. Like the night sky in the Greek poem, I see with a myriad eyes, but it is still I who see.

If you're reading this blog, it's probably something you already know - reading the words of people we don’t understand helps us sympathise with them. So I will recommend Wesley Hill’s Washed and Waiting to anyone who still hasn’t read it. Unfortunately nothing else that I’ve read is springing to mind that I want to recommend so highly (if you have suggestions, put them in the comments!).

Second, to loop back to LeFouGate, watching Beauty and the Beast is not going to help you sympathise. The media’s approach to gender identity is going to be to affirm and to normalise which will make us conservative types recoil all the time (until the normalisation takes effect). We need stories about people who are struggling with their own identity because in their stories we learn sympathy. Imitation Game (about Alan Turing breaking Enigma during WWII) is one example I can think of, a more recent one – though not as good an example – is Fantastic Beasts and Where to Find Them (the latest in the Harry Potter world) – watch Credence (the adopted son).

Let’s be clear, these movies are normalising identity struggle and I’m confident that their objective is to normalise alternative sexualities but they do also depict the internal struggle that I think Christians all too often fail to appreciate in the people around us - people around us who we are called to love. I think whatever loving means, it's going to involve some sort of understanding. Whatever you decide to do in response to LeFouGate, let’s remember that Beauty and the Beast is a story in which love transforms the unlovable and our decisions and actions communicate to those around us - what we say and what we do need to correlate.