Pastor, Sit Lightly on the Wisdom of the World 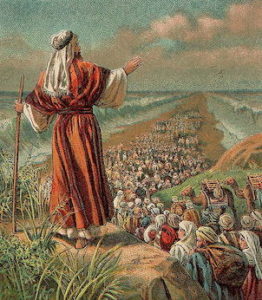 The phrase, “Plunder the Egyptians” is commonly heard amongst church leaders today, especially at conferences on church leadership and growth strategy. Usually the phrase is used to validate secular wisdom. So if I am teaching at a conference about church growth and I make extensive (or exclusive) use of a trending book on corporate leadership, I need only remind my audience that God’s people plundered the Egyptians. Let me offer two important observations about this language with an eye on its original context, before we think about what God does say about worldly wisdom: (a) as Israel leave Egypt in Exodus 12 we read that God gave them favour in the sight of the people resulting in permission to plunder silver, gold jewellery and clothing; and (b) in Exodus 32 it is fairly safe to conclude that the plundered gold was used to form a physical idol. One might make a tenuous link between what was plundered and idolatry, but let us rather note that Israel plundered material things from Egypt and later those same things were worshipped instead of Yahweh. Plundering the Egyptians, at least in the book of Exodus, has nothing to do with secular principles and worldly wisdom.

A simple word search of the New Testament reveals that we should probably be far less enamoured with and influenced by the wisdom of the world, leadership gurus and corporate strategy than many regrettably are. The book of Colossians has a lot to say about wisdom and Christ but due to the limited space I have in this short post I want us to consider just a couple of themes briefly. God is often described as wise in the New Testament (Romans 11:33; Ephesians 3:10), which would explain why prayer regularly takes the shape of asking him for wisdom (James 1:5; Ephesians 1:17; Colossians 1:9-12). Following on from that observation, wisdom is linked with Christian living (1 Corinthians 6; Ephesians 5). The only time the word comes up in the pastoral epistles is in 2 Timothy 3:15, where Paul is urging Timothy to grasp tightly the inspired truth of Scripture which is able to make people wise for salvation and training them in godliness. I realise that that is far too brief a survey but I think that it would be hard to argue against this tentative conclusion: wisdom in the New Testament comes from God by prayer, can be found in Scripture and empowers Christians for faithful service. Most of that conclusion can be read in 2 Peter 3:15, where Paul’s writings (New Testament epistles) are described as wisdom that comes from God.

Moving on from the conclusion above, I would like to highlight how the New Testament often contrasts the wisdom of the world with God’s. The passage most likely to be familiar to most is 1 Corinthians 1-2, most noticeably: “I…did not come proclaiming to you the testimony of God with lofty speech or wisdom” (2:1). The most vivid and emphatic language used to make this contrast is undoubtedly in James 3-4, see particularly 3:13-18 for the apostle’s searing distinction between God’s wisdom and earthly acumen. Within James 3-4 these find their respective expressions in prayerful humility and presumptuous arrogance.

Finally, we come to 2 Corinthians 1 where Paul wrote, “Our boast is this…we behaved in the world with simplicity and godly sincerity, not by earthly wisdom but by the grace of God, and supremely so toward you” (1:12). In its historical context, Paul was addressing a church that were entranced by powerful men, “super apostles”. Because of the impressive figures they cut, these church leaders towered above everyone else. We can imagine that they were highly thought of even by non-Christians because of their powerful influence, wide learning and versatility. But that is conjecture. What we do know from 2 Corinthians is that it was necessary for Paul to devote much of his epistle to calling the church back from worldly power, leadership and wisdom. That, I am convinced, is something many of us need to be reminded of today. Though Paul threatens stern discipline upon his arrival he reminds the Christians at Corinth that he was a sincere, vulnerable and weak man fully dependant on God. It does not seem to me - from this quick look at the New Testament - that worldly wisdom, secular strategies, and corporate leadership principles are prized in God’s eyes nor do they result in humility or prayerfulness—in fact, the opposite seems to be true.

A few words from D. A. Carson in The Gagging of God suffice as a near perfect conclusion to this post. I say this because the attitude he cautions against concerning the social sciences (polling and surveys) is the same attitude I see many adopting towards secular wisdom. “More frightening is the impression that the social sciences hold the key for church renewal and growth. The assumption seems to be that we are basically okay theologically, spiritually, morally, in our prayers and passion and understanding, and that if we just add this component we are bound to see fruit. The solid core of this outlook is that we do need to understand the people to whom we minister. The falseness is that such understanding and the adaptive change that springs from it guarantees spiritual growth. It may be something God uses, and in that case God is to be thanked, for he is the Author of all good gifts, not least knowledge, including knowledge of demographic profiles. But he may withhold his blessings: he has certainly done so before. Blessings are not guaranteed by reading Gallup reports.” Likewise, blessings do not flow from the world’s wisdom but God himself, who is our wisdom and the one who generously offers wisdom to those who seek it.

« Pastor, Why Do You Want a Big Church? Doodle: Did Jesus Decriminalise Sex Work? »
comments powered by Disqus