When I began the pastor series I had nothing more than a handful of anaemic drafts and almost no direction. I have appreciated interacting with readers (often pastors) about those posts and thought that I was finished with them. But over the past few weeks I have been mediating on 2 Peter. Yes, there is a New Testament book titled 2 Peter, somewhere in the wilderness between Paul’s epistles and Revelation. Rereading this short epistle I have been struck by the apostle’s pastoral heart, particularly on display in 1:12-15. My intention for this short post is to unpack those verses. 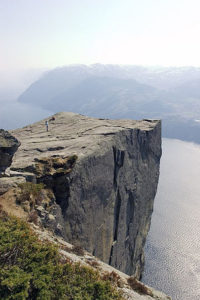 Before we get to 1:12-15 let me offer a few comments on the epistle’s historical setting, which also shapes our understanding of what it means to be a pastor. 2 Peter seems to be written to combat theological error. This is implied as early as 1:16, where Peter refers to “cleverly devised myths.” These inventive errors are likely what lies behind Peter’s exhortation to live a certain way (1:3-11). He reminds them of his authority as an apostle (1:16-21), which he later extends to Paul (3:15-16). This authority is contrast with “false prophets [who] also arose among the people, just as there will be false teachers among you” (2:1). We cannot say precisely what these false teachers were preaching but 2 Peter 2 warns against licentious immorality, possibly being presented hand-in-hand with the denial of Christ’s promised return to judge (3:3-4). To summarise, Peter was writing in order to correct dangerous heresy that was poisoning the church’s faith, distorting their lives and witness (3:17-18). As Paul wrote in Titus 1:9, one of the elder's functions is to refute error with sound doctrine.

It is with the above purpose or situation in mind that Peter wrote, “I intend always to remind you of these qualities [1:5-7], though you know them and are established in the truth that you have. I think it right, as long as I am in the body, to stir you up by way of reminder…And I will make every effort so that after my departure you may be able at any time to recall these things” (2 Peter 1:12-13, 15; see 3:1-2). These verses are very unlikely to find their way into a church leadership seminar. They are not visionary or gripping. In fact, they are a little boring and uninspiring. But we should pay careful attention to this apostle’s aspirations. A few years ago I remember hearing a sermon on legacies. The preacher, a bishop over a large diocese and pastor of a church bordering on megachurch status, urged us to consider what kind of legacy we will leave behind. All these years later, I am struck at how far that man’s aspirations were from Peter’s. Aware of his imminent death (1:14), Peter outlines his desired legacy, his aspirations for the congregation he would soon leave behind.

“I intend always to remind you”

The word “remind” occurs throughout 2 Peter. The apostle understood his ministry as one of repeatedly calling Christians back to the simple truth. Even though they are established in their faith (1:12), he makes it his mission to continually remind them. The comfort and challenge of this observation is that Peter did not feel the lure of innovation, novelty and trends. I imagine most pastors are tempted by all of those and many have succumbed to them. But Peter saw his task as a pastor as teaching and reteaching. Of course, this does not mean Peter majored in the basics or that he was content with spiritual immaturity (see 1 Peter 2:2-3; also Hebrews 6:1). Yet he did not feel the need to move outside of the revelation of God in Christ, and all its entailments, promised in the Old Testament. Peter’s example is liberating. Pastor, imitate Peter by reminding your people of the truth and urging them to live in ways consistent with it.

In the verses preceding those we are focusing on, Peter lists a set of qualities or characteristics (1:5-7). These are to be added to our faith (1:5), as we depend on God’s gracious power and pursue godliness (1:3-4). But notice what Peter says about those qualities in 1:8, “For if these qualities are yours and are increasing, they will keep you from being ineffective or unfruitful”. While the presence and propagation of godly characteristics mean productive Christian living, Peter delivers an uncomfortable point about their absence, “Whoever lacks these qualities is so nearsighted that he is blind, having forgotten that he was cleansed from his former sins” (1:9). The Christian is incomplete apart from these things, perhaps even lacking assurance (1:10-11), therefore Peter seeks to stir his congregation up by way of reminder (1:13). It is important for us to note that he does not whip up fervour by something other than the truth. Godliness is inseparable from the gospel. We must hold these first two points together, for Peter did not desire mere morality. He longed to see believers so gripped by the gospel truth that their lives were utterly transformed.

“So that…you may be able to recall these things”

Finally, Peter’s did not aspire to be remembered. As we have seen above, his message pointed away from himself and translated into Christian maturity not personal recognition. There are no ambitions beyond that. Peter’s legacy was only that once he had put off his body his congregation would remember Christ. Admittedly I am venturing beyond what the text says when I imagine that Peter would happily have been forgotten. Because it was never about him. Pastor, what do you aim to leave behind? Does it hurt that you may not be remembered, that they might never name a youth hall or library after you? If it bothers you then seek to imitate Peter, as we meet him in 2 Peter. Here is a desirable, noble and God-honouring legacy to aspire for: that your congregation will be able to recall the truth you taught and continue living that truth out. Soli Deo Gloria.