Irony Abounding to the Chief of Persia 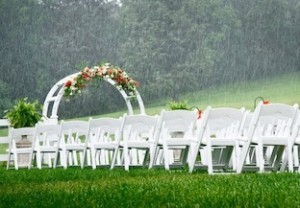 I few weeks back I posted in the wake of completing Robert Alter’s The Art of Biblical Narrative, noting his method and drawing out some theological conclusions. The experience implicit throughout that work, along with his explicit conclusion to it, is that reading narrative should be enjoyable. Alter argues, and I would agree, that we must allow biblical narrative to impact us as story; C.S. Lewis called this being vulnerable to the text. Thus the aim of narrative criticism is to gain a better understanding of the text by being sensitive not only to what is communicated but how the author communicates it. In this post I want to discuss irony, a prominent literary feature in biblical narrative, and explore one if its occurrences in the book of Daniel.

As we start: what is irony? Many wrongly reduce it to, ‘A meaning that opposite to what is said.’ Others misunderstand it as bad luck, ‘rain on your wedding day.’ But in its most basic sense, irony is a disparity of understanding, when the true interpretation of speech or action is contrary to its apparent meaning (Mark Allan Powell, What is Narrative Criticism?). Boris Uspensky, quoted by Powell, says irony is the “nonconcurrence” between point of view and character actions, events, speech, motives or beliefs. A basic distinction is also necessary when discussing irony: it is generally grouped under either verbal or dramatic irony. Verbal irony is a “nonconcurrence” between a character’s speech and its actual or intended meaning. Dramatic irony is when characters are unaware of the discrepancy between how they perceive a situation and the true situation.

What is the function of irony? In my reading I reached three helpful conclusions regarding the purpose of irony, though there are no doubt many more. Firstly, irony forges a special community. Its indirection means that readers may misunderstand or miss what the author is communicating, so an intimacy is created between the author and perceptive reader, as well as between reader and others on the inside. Robert Fowler, in Let the Reader Understand, says irony results in “benighted outsiders” and “privileged insiders.” And this, he believes, causes the reader to stick closely to the author and the community created through reading. Secondly, as a result of this new community, irony draws the reader into accepting the narrator’s point of view. The reader is shown truth that runs deeper than the unwitting characters realise. We might even say that there is an element of superiority felt by the reader, something Wayne Booth calls gratifying, “implicit flattery.” The narrative works subtly to convince us of the author’s perspective. Lastly, more a point of pragmatics, irony creates suspicion of the straightforward. Irony makes us careful and trains us to become better readers. Irony encourages rereading because we can never be sure if we have received all the signals the text is sending. Fowler says that we are taught as readers, newly formed in a community, to move beyond surface appearances as we constantly encounter indirection.

As we close: irony in Daniel 6. My church has been making its way through the book of Daniel and in preparing chapter 6 I was struck by the dramatic irony of the situation. The story of Daniel and the lions’ den barely needs any introduction, but like most well known tales we often allow our knowledge to replace careful reading of the text. So I want to point out two linked ironies. The first is that Darius, co-regent of the Medo-Persian Empire that had recently conquered the Babylonian Empire, possessed absolute human power. But like Nebuchadnezzar in Daniel 3, he demonstrates the delusion of divine power. Whereas Nebuchadnezzar demanded worship (3:5), Darius decrees that he all prayers and petitions must come to him alone (6:7); both kings claim a divine status. Yet when Daniel is indicted by his faithfulness to Yahweh, Darius the divine is impotent to reverse the sentencing (6:14-15); he is a powerless deity. Secondly, Darius standing over Daniel in the den offers a petition, “May your God deliver you” (6:16). Not only is Darius unable to reverse the effect of his own words, but he also implicitly admits what we already know from reading Daniel: Yahweh alone is sovereign and therefore powerful to answer prayer. After sealing Daniel’s fate by stone and signet (6:17), Darius withdraws to his palace for an undistracted night of fasting (6:18). Whether Darius fasted in order to pray or not, he endures a sleepless and anxious night hoping that Yahweh will deliver Daniel from the death he could not. Darius’ irreversible decree underlines his finite power and his desperate petition highlights Yahweh’s sovereign power. 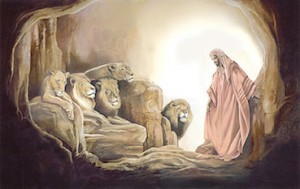 In closing, Darius’ second decree calls all people in his kingdom to tremble and fear before the absolute and divine power of another King: “He is the living God, enduring forever; his kingdom shall never be destroyed, and his dominion shall be to the end” (6:26).

« Music with Meaning Daniel 7: The Kingdom will be Given to the Saints »
comments powered by Disqus