Daniel 7: The Kingdom will be Given to the Saints 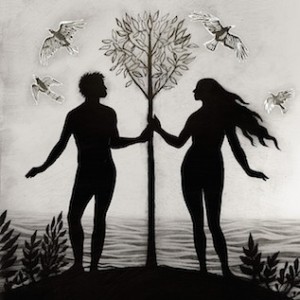 Despite the difficult details and apocalyptic flavour of Daniel, the overarching theme is not too complicated and I think correctly summarised as: “God is sovereign. He overrules and eventually will overcome human evil” (Dillard and Longman, An Introduction to the Old Testament). In my previous post, on Daniel 6, I attempted to highlight the book’s juxtaposition of Yahweh’s divine sovereignty and humanity’s derived power. Kings delude themselves into believing that within their remarkably brief lives they possess omnipotence, answering only to themselves. As each bright human star fades from view, Daniel’s point is clear: Yahweh alone rules forever and because he gives dominion to mankind, every person is answerable to him. Commenting on Daniel 4, Ernest C. Lucas writes that the imago Dei means humans have the right to rule (and much good is achieved by human rulers who recognise Yahweh’s rule over and through them) yet when humans try to be God they forfeit that right, becoming “bestial.” The desire to rule autonomously has corrupted our God-given rule over the rest of creation. And I think Daniel 7, undergirded by covenant theology, presents the Lord’s plans for our glorious reinstatement.

If we follow covenant theology, in Genesis 1-2 Adam and Eve who are made in God’s image and likeness were commissioned to work as Yahweh had and, following the pattern set by their Creator, bring their work to completion and ultimately rest (VanDrunen, Living in God’s Two Kingdoms, p40). The conclusion of the Eden narrative, the telos of creation, was something not fully present in the Garden. VanDrunen writes, “The first Adam did not bear God's image in order to work aimlessly in the original creation but to finish his work in this world and then to enter a new creation and to sit down enthroned in a royal rest.” As image bearers our future was always to carry out Yahweh’s dominion as co-regents in the new creation once we had fulfilled our task given in the covenant of creation. Michael Horton (Introducing Covenant Theology, p106) puts it like this: “Humankind would lead creation into a triumphal procession into the consummation, represented by the Tree of Life.” Horton utilises Ancient Near Eastern language to develop this idea, saying that Adam and his posterity were to take their place as vassal rulers beneath the great Suzerain King. But this work, perfectly assigned to those in God’s likeness, was frustrated through and ultimately fails because of sin. 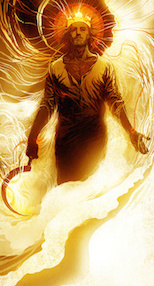 The reversal of mankind’s rebellion and their reinstatement towards an eschatological reign is looked for throughout Scripture (see this theme in C.S. Lewis' The Great Divorce). One allusion to this theme found in Daniel 7 is, in my opinion, often overlooked as the mysterious “son of man” steals our attention. This figure is presented before the Ancient of Days and invested with everlasting dominion (7:13-15). Far from being some abstract divine transaction, this vision anticipates the eternal destiny of man. N.T. Wright (Simply Jesus, p158) says this enthroned “son of man” is literally a human being and stands as a symbol of the faithful people of God. It is through this figure, who we might call a “figurative head”, that the faithful saints will receive everlasting dominion (7:18, 22, 27). God’s faithful people are not only vindicated in the book of Daniel but the glorious promise of reinstatement is clearly reiterated, through the reign of the Son of Man. Read Paul’s wonderful juxtaposition in Romans 5:17, ‘as death reigned through Adam, those who receive abundant grace the free gift of righteousness will reign through Jesus Christ.’ The reversal of the fall in Eden will be achieved and rest will be attained through the mysterious and powerful Son of Man; when he receives the kingdom of the Most High, all the kingdoms under heaven will be given to the saints. 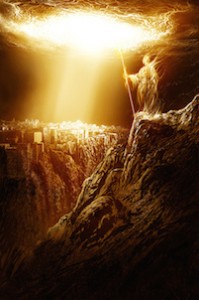 For the original readers of Daniel, the Son of Man was a momentously encouraging figure, for he shares his dominion with God’s people. It is an important point because Daniel’s vision also looks forward to ferocious and violent human kingdoms that stand opposed to Yahweh and his people. Very similar imagery can be seen in Revelation 13 where a bestial human kingdom makes war on the saints, and John records, “Here is a call for the endurance and faith of the saints.” While ultimate triumph is secured in Christ’s headship, that day is yet to come. I am sure this is why Daniel closes with the promise that God’s faithful people who die, sleeping in the dust of the many troubles history throws up, will awake to everlasting life (Daniel 12:1-3). We wait, with the many who have gone before us, for the consummation of Jesus’ enthronement that is still to come. “Night will be no more. They will need no light of lamp or sun, for the Lord God will be their light, and they will reign forever and forever” (Revelation 22:5).