How a friend becomes a hero 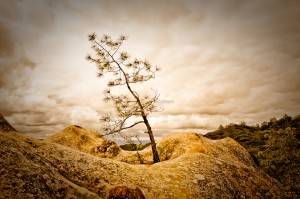 I've just gotten back from visiting a friend who has recently been told by doctors that there is nothing more they can do to help him. His story goes back a long way, but basically he has a long-term, life threatening illness, which has taken a severe turn against him. As we sat in his lounge, sipping on our hot chocolate, his wife and him told me about the past few weeks -- since they heard from their doctors.

What struck me was that I sat with a husband and wife who were facing grim realities. But that was exactly it. They faced them. There were no trite superficialities. There were no spiritual platitudes. They were honest about what was happening. And they were honest about how they were feeling. They weren't sure what was going to happen. But they were fighting to love and trust their Father.

Steve is the bravest, most other person centered and worshipful man I know. He is the clearest picture of what God is like that I've seen in this world. For one of the few moments in my life, I was able to catch a glimpse of how I think Jesus would have faced his suffering.

Tonight was such an incredible reminder of what we're actually on about. Theology isn't a set of truths which align into spectacular coherence. Christianity isn't a way with life which offers the most meaning and purpose. It is so much deeper. It has to be. Only something deeper could enable someone to face death the way Steve is. God's love and grace rip into the very core of our being and connect with our innermost selves!

Only who God is can lead us to profound trust. Only what he has done, to deep love. Only what he is doing, can move us to the kind of certain hope that Steve has. Redemption is real. And the God who redeems changes our whole reality.

I leave you with this song. It captures something of what happened inside me tonight.

Then, when our dying bodies have been transformed into bodies that will never die, this Scripture will be fulfilled:

For sin is the sting that results in death, and the law gives sin its power. But thank God! He gives us victory over sin and death through our Lord Jesus Christ.

So, my dear brothers and sisters, be strong and immovable. Always work enthusiastically for the Lord, for you know that nothing you do for the Lord is ever useless.