I recently came across an article1 in which the idea of education that is self-consciously ideological has again come under fire. The ideas are not new or even surprising, what I did find surprising was that these recurring ideas, which rest on patently fallacious reasoning, continue to be promoted. I decided, therefore, to take the opportunity to outline the argument's main flaws.

Firstly, the idea that when taught something that I don't believe I am being oppressed. This is all too common an argument in our society; even the biggest, most vocal groups lay claim to the poor persecuted minority card (strangely, it's never the actual minority groups that get any kind of hearing). Surprisingly however, it is not oppression to be taught something with which you disagree, in fact, it's really okay to disagree. It only becomes oppression when it's not okay to disagree. So the atheist in church who is made to say the creed, is oppressed. Likewise, the Christian who is required to find “(ultimate) meaning in activity” in her Occupational Therapy studies is oppressed. To claim that you're oppressed because you or your child or a friend of a friend is taught something with which you disagree is the academic equivalent of pulling the race card. None of the major groups are innocent of this and we're not going to make any progress in inter-ideology dialogue if this is the way we interact.

Secondly, the idea that “secular” somehow means neutral. The myth of neutrality has been well debunked and yet again and again people claim that they are somehow able to soar above their own minds; their upbringings, experiences and opinions, that they are somehow able to escape having to interpret anything. When looking at the world, a Christian must see intentionality, an Atheist must not. What Modernism has shown us (and, in so doing, undermined itself) is that there is no fact that escapes the need for interpretation. Education teaches us to interpret the world around us (or at the very least, spoon feeds us interpretations). Education that is secular then, is anti-everything that isn't secular. Islam is not secular, Christianity is not secular, Shembe is not secular. A secular education teaches an ideology. Promoting “secular” education is exactly the same as promoting any other flavour of ideological education. It's not neutral, all education is ideological and we can't escape that so we need to figure out some other way of dealing with it. 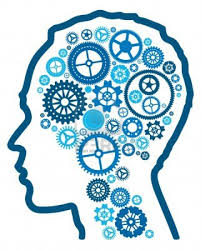 Thirdly, “secular” doesn't have a monopoly on the ability to think or be intelligent. There are brilliant minds that come from numerous different ideological backgrounds, many are not secular. We can have dialogue in which we call each other stupid and blinkered and there will be just as much ammunition against the secularists as against anyone else. Let's not fool ourselves into thinking any particular ideology enjoys the subscription of all the intelligentsia (or, that we automatically jump a few IQ points by adhering to any particular ideology).

Where do we go from here though? If it's true that we escape none of the ideological biases by having “secular” education, what solution is there? I am not sure that anyone has an adequate answer to the question. In the interim however, isn't it better to know what you're going in for than for schools to glibly tell you that they're going to be “neutral”? Let's allow the schools to tell us what they're going to teach our children so that we know what we want to correct when our children get home in the afternoons and let's realise that it's not the state's job to raise everyone's children in the way we want ours raised.

Finally, imagine a school in which all the teachers are Christian but the school calls itself “secular”. Knowing why your children come home wanting to pray or thinking that God made the world would then be inexplicable and likely evoke some heated reaction. What we must realise is that the likely reaction of seeing to it, in court if necessary, that teachers deny their own understanding and interpretation of the world – their ideology – in order to teach your children, is in fact oppression.

1. See http://www.dailymaverick.co.za/opinionista/2013-04-17-hey-teacher-leave-them-kids-alone/#.UXD2HIaXezQ. I have not attempted to respond to this article in particular but to the thought patterns in general. While writing this up I also discovered this somewhat amusing article: http://www.telegraph.co.uk/education/educationnews/7951358/Richard-Dawkins-faith-schools-should-not-be-allowed-to-opt-out-of-religious-education.html