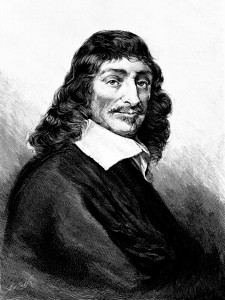 Unlike the arguments for God that Aquinas bandied, which were a posteriori, relying upon inspection of the world, Anselm’s ontological argument is classed as an a priori argument. Studying Descartes one cannot help hear a clear resonance of Anselm’s ontological argument in Descartes’ perfect being. Descartes had arrived at the perfect being, by saying that it must exist; he tried to show that the perfect being gave the best explanation of our universe (McGrath, The Twighlight of Atheism, p32). But it is more how he got there, as well as the ramifications of that process, which I am interested in discussing. Descartes, though a confessed theist, has been rightly called a swing figure in the move towards naturalism. This is not obvious from the outset because Descartes was in fact a rationalist, and his philosophical Foundationalism relied solely upon thought, and not empirical examination of our world.

Firstly we will consider his process. His establishment of being by observing that he was thinking, even if that thinking was the act of doubting, was a brand new approach to epistemology. James Sire says it is here that we see the essence of the modern: the autonomy of human reason. Foundationalism meant liberation from all ancient authorities. It is important that we realize what was happening here; Descartes made the self primary in knowing. Truth was now available through human reason, nothing else was needed. So, even though Descartes next step was to invoke the perfect being as the reason that (a) our rationalism could be trusted and that (b) study of the world can proceed, it was too late; the repercussions of his rationalism, that was prior to the perfect being, would have results Descartes he never foresaw.

Secondly I will point out where Descartes’ approach took us, the ramifications of his philosophical system. It did not take long for the criticism that Descartes’ Foundationalism highlighted to conclude that this world does not really need a perfect being to explain anything, it is perfectly capable of running itself. The primacy of reason in explanation had replaced the primacy of God, Scripture or divine revelation. The next step was naturally to question whether the perfect being was needed at all. Surely, a system with human rationalism as primary did not need God at any point; a closed mechanical and material system removed Descartes’ second step, the perfect being, and shifted to trusting reason to explain reality. Another result was the accusation that this supposed perfect being cannot explain why our world is imperfect. With Descartes’ enthronement of reason and subsequent instalment of its prince, the perfect being, came difficult questions regarding pain and suffering and whether a perfect being sufficiently deals with them.

Finally, if we look at Descartes’ Foundationalism we see that there is in fact no such thing as ‘starting from nothing’; all systems are built on assumptions. Classic Foundationalism assumed that there are basis beliefs which guarantee their own truth. Descartes was that by thinking he knows that he exists. But why reach that conclusion? He assumed that thinking was proof of existence. It was from this basic assumption that he derived non-basic beliefs: first God and secondly that God’s existence means we can trust our senses and carry out inductive study of the world. But he constructed a system that assumed senses couldn’t be trusted in the first place, and reason could. The point is that all systems come with a preset of principles, or assumptions, which justify that system. Foundationalism, or rationalism, is no different. 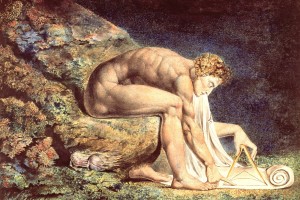 In closing off I want to point out, drawing mostly from my last observation, that Christians need not fear philosophy. We have grounds to interact with and ask our own hard questions about other philosophical systems. Modernism, in whichever subcategory, firmly believes in the autonomy of human reason to carry out inductive and deductive study of our world. Most prominent atheists today, such as Richard Dawkins or Sam Harris, are pulling the wool over the world’s eyes when they point out that theism is based on the false presupposition that God exists. I say this because they will not, for the sake of maintaining the strength of their own argument, acknowledge that they operate within a system based on assumptions about reality. They are working from the assumption that God does not exist, that he did not create the world. So there is strong rationalism. But what reason can they provide for the amount of trust that they place in the human mind alone? And there is strong empiricism. But, again, what reason do we have for trusting in our senses alone?

Because all systems are built on assumptions and beliefs are derived from them, our task is to examine the truth of both basic and the contingent beliefs as they relate to each other and to our world. People are in pursuit of a system that is consistent with itself and our experience. I believe that Christianity holds its own. The accusation that Christianity argues from a priori is misleading if the accuser fails to admit that they have their own basic beliefs. Christians believe that God created our world; he ordered it and gave us minds to study what has been made. In that statement alone we have grounds for inductive and deductive reasoning, the study of order installed by a Creator.