Enslaved to our Freedom

The 2010 world cup was around the corner, human trafficking was in the spotlight and the streets of Muizenberg were well acquainted with women plying their trade. The relevance of the question "Should prostitution be legalised?" was thrust upon us. It is easy as a Christian to quickly affirm that prostitution should be illegal on the basis of its immorality and then be finished with the discussion. Do you really believe that though?

Would it be better for a women to starve to death on the streets than to sell her body? Who could answer yes to a question like that? If you want to say the prostitution should be illegal then what hope is there for men and women for whom that is the only option? Sadly, in a country in which unemployment is over 30%, the image of someone choosing between starvation and prostitution is not an extreme example; it's real life for many. If we say prostitution should be illegal, we need to realise that we are taking away this person's only form of income and, perhaps, her (or his) only hope. 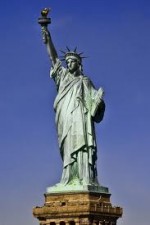 The less emotional version of the argument is perhaps the more familiar one of supply and demand. We live in an age of liberty. If there's a willing buyer and a willing seller, third parties shouldn't be allowed to intervene. If anything, that's what Western liberty has taught us.

Yet, go back a few thousand years to an arena in Italy and watch human beings kill one another for entertainment and I'll pose the question again. If there's a willing buyer and a willing seller should third parties ever intervene? Perhaps you are rebutting your screen with the argument that the gladiators were slaves. But supposing they weren't, or suppose that today we had a reality TV programme much like the Hunger Games in which people volunteered to kill each other. People are volunteering for one way trips to Mars, I'm pretty sure they'd go wild for the opportunity to kill someone legally. Should third parties intervene?

I hope you can say "yes" to that. If not, perhaps we're not as far from barbaric Rome as we imagine. The question is then, "why are we willing to intervene?" It must surely be that irrespective of a willing buyer and a willing seller, some things can't (or oughtn't) be bought and sold. Life strikes me as one.

Sex strikes me as another.

If someone were starving to death in a gutter trying to feed her family and a rich benefactor came along offering her everything she needed for a comfortable life in exchange for one night with her. We may still be inclined to say that's alright - who are we to deny it. But imagine the same man offered a similar proposition to the next woman he came to in exchange for her to become a his sex slave - are we still okay with this or is it exploitation?

And that's why freedom is evil. Okay, it's not evil. But if (and when) freedom allows us to exploit one another; to buy and sell human life and dignity, to swap sex for bread or money or riches or fame, maybe we shouldn't be as willing to blindly uphold individual freedom.

Maybe it would be good to curb individual freedom for the sake of the individuals.