Doodle: Perseverance or Preservation of the Saints

In my first year at theological college, one of my lecturers warned students away from beginning essays with dictionary definitions; let’s hope he doesn’t read this post. If you survey a few dictionary entries on perseverance you will notice the word is unmistakeably active, not passive. Perseverance carries with it the idea of persistence in spite of opposition or discouragement; the steady continuation on a course of action in the face of difficulties and obstacles.

I find this quite interesting because the resounding note of perseverance in faith is that it is guaranteed by God’s electing, redeeming and calling (Horton, The Christian faith, p683). In other words, Christians are assured of their perseverance because of God’s grace, which has already been experienced by the believer at conversion, a result of regeneration. Justification by faith announces an irreversible verdict in the courts of heaven and union with Christ, the communion mediated by the Holy Spirit, doesn’t merely signify that the glorious future of the gospel has begun in the creature’s present, but it also guarantees that future. Why then do we speak about perseverance? 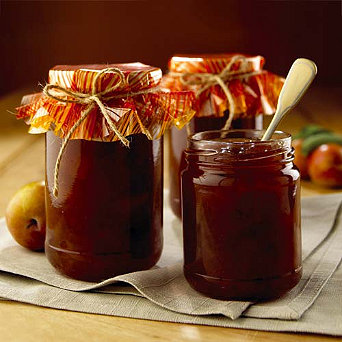 Wouldn’t we be better off talking about preservation of the saints? If you’ll forgive another definition, preservation seems more consistent with what historic or confessional Reformed theology affirms: to keep safe from destruction and decay; to protect from harm and maintain unchanged, without injury and away from peril. Well, that doesn’t really cover it either, especially if preservation conjures images of jam jars and your kitchen pantry. I don’t think the doctrine can be understood as God simply hiding us away until glory. That being said, God’s preservation of the elect is, in my opinion, more assuring than my perseverance as a saint.

In conclusion the notion of preservation fails to give proper ground to a believer’s persistence, with saints being spared this life’s suffering from sin and the ongoing struggle with it. On the other hand, perseverance might overstate the believer’s effort in faith. Preservation moves us towards a kind of “quiescent passivity” (to steal John Murray’s phrase), yet perseverance could be seen to exaggerate the creaturely endeavour in faith. Both extremes undermine grace. For Calvin’s duplex gratia (double grace) emphasises God’s initiative which is first experienced in justification and then expressed in sanctification, positional before progressive. But the duplex gratia doesn’t render believers passive. Therefore, perseverance is both the call to cling to Christ in faith and the wonderful assurance that he will not lose anyone the Father has given to him.

« On fear and Christian faithfulness Jenson on Hegel: Philosophical and Trinitarian Principles for Relationships »
comments powered by Disqus