Doodle: “It Doesn't Matter What You Believe as Long as You're Sincere”

Our world loves to trade in platitudes when it comes to questions about truth, morality, and tolerance. For example the statement, “exclusivity is intolerant” sounds gracious and diplomatic, understanding and inclusive, even if in reality it is a thoughtless and logically inconsistent statement. Another cliché, which I want to briefly tackle in this post, says, “It doesn’t matter what you believe as long as you’re sincere.” In other words, if someone earnestly believes something then who are you to tell them that they are wrong? This statement supposedly draws the line between arrogant fundamentalism and tolerant inclusivity. But in the points below I want to challenge this platitude, which essentially claims that sincerity trumps truth. 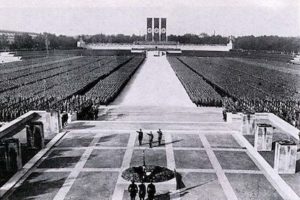 What I mean is that no one actually thinks that you can believe anything as long as you are sincere, and that no one consistently abides by that position. To swap the words around: most of us agree that sincerity does not equal truth or validate what is false. Very few people believe that the holocaust was a good thing yet Hitler’s zealous sincerity is undeniable. Thus British philosopher John Hicks has said, “To say that whatever is sincerely believed and practised is, by definition, true, would be the end of all critical discrimination, both intellectual and moral” (McGrath, Bridge-building). No one defends defunct truth claims, such as bride burning in India or the daily human sacrifices carried out by the Aztecs. We simply do not consistently hold to the claim that people can believe whatever they want if they are sincere. When we say that we reveal intellectual laziness and logical inconsistency, which leads into the next point.

It prizes ignorance at worst, and apathy at best

What I really suspect is behind the sincere faith argument is indifference and an unwillingness to engage critically or endeavour to reach conclusions about truth. It says more than, ‘We can’t really know,’ and means something closer to, ‘I don’t care.’ When I state that people can believe whatever they want to I gain the license to give no thought to what I believe. Therefore it is an active decision to live ignorantly in the dark, though it appears enlightened and tolerant. The postmodern philosopher Richard Rorty writes, “Nobody except the occasional university first year believes that two incompatible opinions on an important topic are equally good”. Believing that sincerity trumps truth is the decision to remain ignorant, a refusal to engage thoughtfully, and ultimately rests on apathy.

It is arrogant and offensive 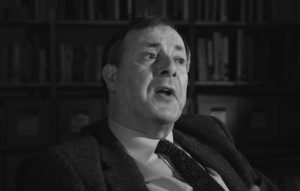 The implication of this position is ironically intolerant. Hidden in the statement is the insinuation that everyone else has got it wrong. All those shades of truth in the world, theological statements, philosophies, world views, and belief systems are wrong, or maybe right in part. As Christian apologist Alister McGrath says, “It is not individual religions that have access to truth; it is the western liberal pluralist.” When I smugly suggest that you can believe anything granted you are sincere I am making a value judgment on what you believe: it is insufficient, inadequate, and incomplete. My position of radical tolerance supplants your position, with a condescending dismissal. Because the statement says, It does not actually matter what you believe. Whatever beliefs you hold, build your identity and meaning around, are irrelevant.

It is a dogmatic faith position

Finally, the statement has an underlying theological position, reducing any concept of God to a sort of LCD (which I have written about in the post linked above). Timothy Keller writes in The Reason for God, “Ironically, the insistence that doctrine do not matter is really a doctrine itself. It holds a specific view…touted as superior and more enlightened than the beliefs of others. So the proponents of this view are guilty of the very thing they forbid in others.” This belief – contained in the statement we are discussing – undermines most of what many people believe. When someone claims that people can believe anything as long as they are sincere what you should hear is that there is no truth. You also should not miss the note of patronising dogmatism, which side-lines all other beliefs and makes sincerity more important than someone’s actual position.