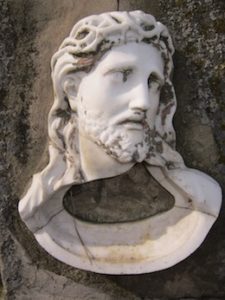 Last week I posted an article on the resurrection of Jesus Christ. I argued that the birth of the early Christian church is more than a historical peculiarity, for it demands that we answer why despairing disciples became daring heralds of their crucified lord. Jews living in the Roman Empire saw many messiahs publicly killed, and every futile revolution left those who believed in it with a decision: seek out a new messiah or surrender any sort of hope. But those who followed Jesus did neither. Rather, as Paul Barnett writes in The Logic of History, “The early rise of Christianity as a movement close in time to Jesus is a fact of history. Someone gave impulse to the rise of that movement in the immediately preceding weeks and months”. Thus I argued that if we apply logic – and avoid sceptical presuppositions, or poor historical explanations – the resurrection of Jesus provides us with both a satisfactory and startling answer.

When I preached on Christ’s resurrection over Easter I joked that most of us only know who Julius Caesar is because we were forced to read Shakespeare at school. Furthermore almost none of us know his nephew, Augustus Caesar. Yet these men were considered gods. I mention Julius and Augustus because the latter was a contemporary of Jesus, and both were considered divine. Classicist Mary Beard writes in SPQR, “There were priests and temples, sacrifices carried out to them, not on their behalf, and some wonderful surviving images that literally put the imperial gods in the Olympian heavens.” But none of them are broadly remembered today, and they are certainly no longer worshipped. Strangely, on the other hand, the Jewish peasant who was publicly executed by the Romans has stubbornly endured. 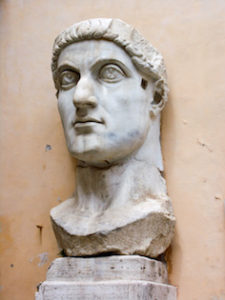 Enter The Da Vinci Code, Dan Brown, faux historical research, Wikipedia, and conspiracy theories that make employees at Area 51 incredulous, to rescue us from believing Christianity was a significant presence in the Roman Empire before Constantine. These reputable sources have indubitably proven that prior to Constantine’s conversion Christianity was hardly worth mentioning. Upon gaining state support it, however, enjoyed meteoric success and growth. But that is to be a poor student of history, not to mention a gullible consumer of popular fiction. In his insightful work, The Rise of Christianity, Rodney Stark writes, “Constantine's conversion would better be seen as a response to the massive exponential wave in progress, not its cause.” This agrees with actual historians, not potboilers. A notable Christian sect must have existed in the Roman Empire in the 4th century C.E. Constantine did not venture into the religious marketplace in search of an obscure faith; he could not ignore the influence of a faith that was sweeping through his empire.

Those who would claim that Constantine is the reason for the season must explain what happened to Julius Caesar, supposed descendant of Aeneas, and his nephew Augustus, those first Roman emperors who had ascended, becoming imperial gods. Constantine’s state sponsorship of Christianity is thrown around as if it was the first occurrence in history. It is also ignorantly supposed that Constantine’s support of Christianity enforced exclusivity in the Empire. The reality is that a contemporary of Jesus enjoyed state support – of varying degrees – for over 300 years until Constantine’s conversion experience. Where are the imperial gods now? Condemned to the fading memory of history. Those who supposedly ascended to Mount Olympus and took their place amongst the pantheon of classical gods are all but forgotten today. 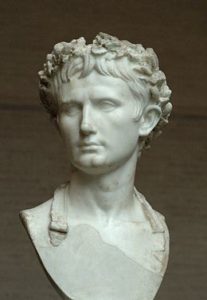 The one truth we might draw out of this meandering post is the ephemeral nature of state sponsored religion, or perhaps just the shallowness of such faith. Christianity was almost certainly already a significant Jewish sect long before the 4th century. It held its own in that religious marketplace not because it had state backing, such as the worship of Caesar Augustus, but because Christians from the 1st century were convinced something incredible had happened. As Marilynne Robinson writes in Wondrous Love, explaining what gives the cross and resurrection such lasting power, “They tell us that there is a great love that has intervened in history, making itself known in terms that are startlingly, and inexhaustibly, palpable to us as human beings. So, as Gamaliel said about some of the disciples who were preaching Christ’s death and resurrection, ‘Keep away from these men for if this undertaking is of man, it will fail; but if it is of God, you will not be able to overthrow them” (Acts 5:38-39).

« How the Early Church Proves the Resurrection Book Review: The Forgotten Cross »
comments powered by Disqus