Last week I reviewed The Forgotten Cross. Lee Gatiss’ book is a welcome addition to the innumerable works we have on the cross, for while he affirms penal substitutionary atonement his biblical expositions develop the many other effects of Christ’s work. Since the early church fathers, and perhaps peaking at the Reformation, Christ’s work on the cross has been understood as the moment when God’s justice was satisfied. So it is of paramount importance that Christians understand what Christ’s death achieves for us. While we must affirm what is central to the atonement – Christ suffering the penalty for sin – we cannot overlook or forget the far reaching outcomes of Christ’s work. That is what Gatiss’ book sets out to do and you can read more about it in my review. But in this post I want to challenge Gatiss’ thinking on one point. 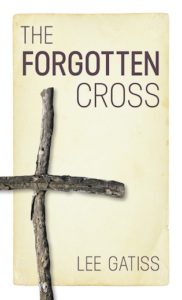 In his chapter on Colossians 2, Gatiss touches on what has been dubbed the Christus Victor view of atonement. This view was popularised last century by Gustaf Aulén, in which he opposed what he calls the ‘Latin’ or ‘objective’ view of atonement, mentioned above. He argues that central to Christ’s work was dramatic conflict, biblical dualism, and victory over evil powers. “Christ fights against and triumphs over the evil powers of the world, the ‘tyrants’ under which mankind is in bondage and suffering, and in Him reconciles the world to Himself” (Aulén). Indeed, Christ disarmed the rulers and authorities, shaming them in triumphing over them (Colossians 2:15). Earlier in the same letter Paul wrote, “He has delivered us from the domain of darkness” (1:13). In isolation these texts clearly speak of Jesus’ victory, but we must be mindful of their context: ‘God cancelled the record of debt that stood against us with its legal demands, nailing it to the cross’ (2:14); ‘In Christ we have redemption, the forgiveness of sins’ (1:14). Though the New Testament ties the cross to victory it is not, as Aulén argues, the centre of Christ’s work.

The issue I want to take up with Gatiss chapter is not his treatment of Christ’s supremacy and victory, but with how he says it was accomplished. One of the tenets of the Christus Victor theory is the deception of Satan. This view was adopted by Martin Luther and very prominent amongst the early church fathers. Essentially the idea is that Christ was a sort of bait to Satan. Closely tied to Origen’s ransom theory, Jesus is offered to Satan, but when the latter kills the former he overreaches, and his dominion is shattered. But this analogy made Aulén uncomfortable, “With regard to the deception of the devil. It scarcely needs to be said that the application of any such thought to God is at least dangerous.” However, Gatiss seems to hold to this idea in The Forgotten Cross, “The devil thought this was his finest hour. God’s very own Son surrounded and cut off and done for. But the reason the Son of God appeared was to destroy the works of the evil one. He came to conquer death and to steal the keys of Hell right out of the devil’s hand at the very moment when it seemed that all was lost. He got right up close, and it appeared that Satan had beaten him and secured the victory. Then Jesus snatched it all away, the very second he died” (p95-96). 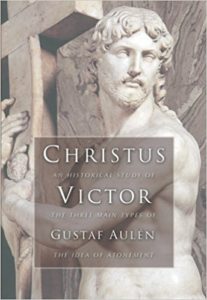 As Aulén said, to make God into the deceiver is dangerous, not to mention a counterintuitive since that is one of Satan’s titles. But I want to raise a further critique of the view that says Satan thought Jesus’ death spelt victory: in Christ’s temptation, Satan seeks to lure Christ away from the cross, and his messianic task. “We could say that Satan’s power was aimed at breaking Jesus’ faith, and it proved powerless. Jesus’ power was aimed at doing God’s will, and it overpowered Satan and won back the lost dominion of man” (Seccombe, The Gospel and the Kingdom). Jesus mission drove him to the cross, while Satan sought to drive him away from it. This fits Jesus’ stern rebuke of Peter, who refuses to accept that Jesus must die, “Get behind me, Satan! You are a hindrance to me” (Matthew 16:21-23). “The crucifixion marked [the Devil’s] final failure. Having run the gauntlet of every temptation, Jesus refused to disqualify himself and so proved himself worthy” (Seccombe). There was no deceit as Christ went to the cross. Though the gathered crowds may have been confused about what was taking place, the principalities and powers were certain that this was the beginning of their end.

« Book Review: The Forgotten Cross Unconvincing Arguments for Why Married Couples Must Have Children »
comments powered by Disqus