Can we call Jesus the proto-ancestor? 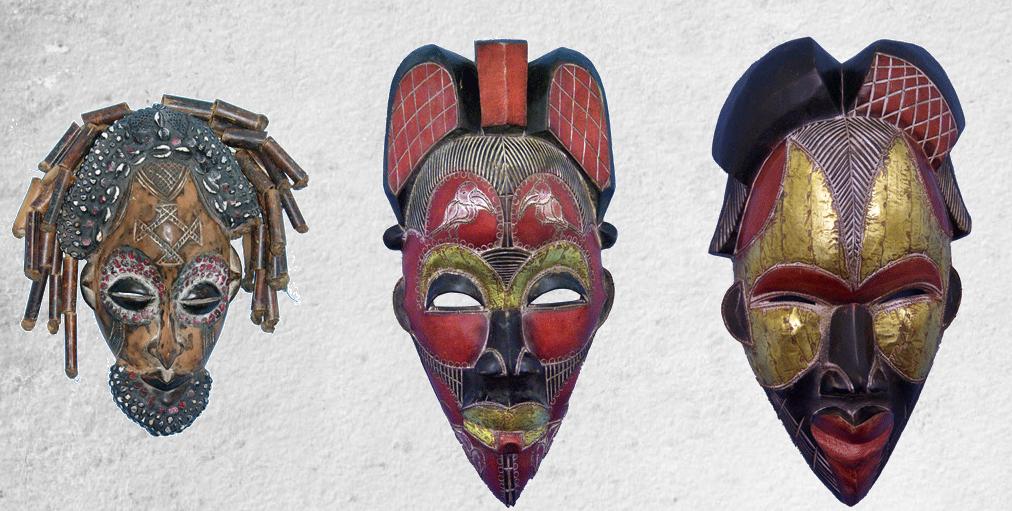 The Jesus of Africa must be the Jesus of the Bible if Africa is to have any hope in God” (Krohn, 2007)

When we discuss how to authentically present Jesus in Africa we need to be clear what is at stake. Beyers & Mphahlele (2009: 42) helpfully remind us that this “is neither just about a new title for Jesus, an Africa-specific title, nor even an African metaphor used for Christ... . It is about an understanding of Christology and consequently an understanding of soteriology”. In light of this, we must do everything in our power to reach a thoughtful and biblical conclusion. So, this goal shall be our guide as we consider whether it is legitimate to present Jesus as the proto-ancestor.

An authentically African, and biblical, Christology.

Africa has been inestimably shaped by colonisation. This is a truth which deeply affects the topic at hand. It is fair to say that every aspect of African life has been in some way affected by this confrontation. Bowers (2002: 113-114) argues that this confrontation has, most importantly, “meant for Africa a deprivation ... in fundamental self-understanding”. As a result, Africa wants to know who she is. This search has entered African Christianity and has taken hold of the central figure of Christian faith: Jesus. Africans want to know who He is to them and how they are to relate to Him.

This search for an authentically African Christology has resulted in many African theologians considering God's work in Africa prior to the missionaries; specifically with regards to his work of revelation. While this is no place to discuss the complex issue of whether African Traditional Religions are an effective praeparateo evangelica, it is worth noting that this consideration has, at many points, created an overly positive view of the pre-Christian theological system of Africa. Thus, much modern literature examining questions, such as the one above, mingles African and biblical theology. In response to this, Bowers (2002: 123) suggests that “[It] is not enough to ask, as African Theology has rightly and insistently done, how may African Christianity become more authentically African? It must also insistently be asked how African Christianity may become ever more authentically Christian”. With this in mind, we have to consider whether it is most helpful, and biblically faithful, to present Jesus as the 'proto-ancestor'. We will do this by critiquing the traditional African understanding of ancestors in light of the Bible.

Nyamiti (cited in Beyers and Mphahlele, 2009: 38-39) notes some common traits of ancestral beliefs throughout the world. They say that, firstly, there is a natural understanding of relationship between ancestors and the living, similar to that of a parent-child relationship. Secondly, they tell us that it is believed that ancestors automatically acquire some kind of supernatural power after they die. Thirdly, ancestors are believed to be inferior to God and are not seen as sharing in the divine nature. Fourthly, they are believed to take part in the daily routine of the family. Lastly, they are considered exemplars of good human behaviour. This last point is, in fact, the reason they have become ancestors.

A more specific outline of the distinct function of ancestors in African Traditional Religions is given by Beyers and Mphahlele (2009: 39) in three points. Firstly they are seen as companions who give advice on the journey of life. Secondly, they mediate between God and humans. Thirdly, they are guardians of familial traditions and moral values.

While it would be impossible to examine each of these aspects in detail here, it would in the same way be superficial to deal in a broad way with these aspects and examine none of them in detail. As a solution we will consider the mediating role of the ancestors, since it is arguably the most significant aspect, as a way of covering at least some of this data in more detail.

The role of a mediator in Africa.[1]

Maganda (2002: 151) states that the ancestors are believed to be “protectors of their families who appear to [the family], notifying them of imminent peril and reproving those who failed to follow their directives”. From this we should note that they are human beings who have gained greater power, and closer proximity to the Supreme Being, after death. They are furthermore understood to use this power over the physical world and thus the “whole range of human success and misfortune is subject to [them]” (Maganda, 2002: 152). It is, therefore, clear that they mediate authority and power (Kabasele, 1991: 120). In light of this it is true to describe the interaction of Africans with their ancestors, by means of 'worship' and rituals, as manipulative attempts to secure their good will (Maganda, 2002: 152, 161).

The biblical role of a mediator.

In the New Testament, the word mediator, μεσιτης, is used in two ways. Firstly, mediators function to “intervene between two parties in order to promote relations between them which the parties themselves are not able to effect... the mediator effects reconciliation” (NBD, 1996: 746); this is seen most clearly in 1 Timothy 2:5. Notice also that the reason mediation was needed was because of man's sin, as this had brought about alienation between man and God (Eph. 2:1-3). Secondly, a mediator is “one who acts as a 'guarantee' so as to secure something which otherwise could not be obtained” (Maganda, 2002: 159); this is seen in Hebrews 8:6, 9:15, and 12:24. Thus, Jesus is presented in the New Testament as “the mediator of the New Covenant, the arrangement by which God and man are one at last. He is the only way through which man can reach God and have fellowship with him” (Maganda, 2002: 160). The reason that He is the only way is because he was never alienated, because he never sinned (Hebrews 4:15), and because he is God in human form (Macleod, 1998: 152).

An evaluative comparison of the biblical and African understanding of a mediator.

From the above it should be clear that upon inspection the superficial similarities, between the biblical and African understanding of a mediator, turn out to be the tip of an iceberg of profound difference. Ancestral mediation does not have an end goal of producing peace between two parties (Maganda, 2002: 160). In fact, it is possible, in African conception, for the mediator to be one of the parties who needs to be appeased. Yet, frequently, the mediation has more to do with the enforcement of rule in the community, as well as the transfer and use of power, than it has to do with reconciliation of the Supreme Being and Africans. These aspects, due to their incompatibility, need to be rejected or modified to align with the biblical understanding of a mediator.

Furthermore, note that within the African understanding Jesus need not be deity. In fact, within that understanding, it would be inconceivable for the mediator to be the Supreme Being. Therefore, we need to exercise caution at this point. Maganda (2002: 162) rightly encourages us to assert that while Jesus is like the ancestors, in that He is fully man (Romans 1:3), he is also different to them, in that He is fully God (Colossians 1:15; 2:9; 2 Corinthians 4:4). Thus Jesus is more than just superior to the African ancestors at this point, He is of an entirely different class of being.

In light of the above, although it seems possible to present Jesus as mediator, and therefore proto-ancestor, the direction in which this thinking takes us, as well as the qualifications and modifications which are required for it to be legitimate, makes it seem unhelpful. The problem is that one is either left with a syncretistic understanding of Jesus' mediation, or the concept is altered to such a point that it is emptied of its original meaning. In light of this, it may be helpful to engage in a linguistic consideration: can this metaphor be sustained when applied to Jesus?

Linguistic consideration of the ancestral metaphor.

Throughout the New Testament there are many metaphors which are applied to Jesus. Yet, in each instance He is analogised to legitimate metaphorical ideas: Jesus was a good son, a good king, a good teacher and a good saviour. We can subscribe to the metaphor of kingship, along with the others listed above, because kingship exists and is not opposed by God in a fundamental way.

We should not, however, be quick to suggest that the African institution of ancestors exists and is supported by God. While one should not for one moment doubt the experience of Africans, we must hold above that the truth of Scripture. When considering this topic, Scripture says “[The] dead... no longer have a part in anything that happens on earth” (Ecc. 9:5-6, NET). Due to this fact, God not only denies their activity in the world, He also asserts that He is opposed to anyone attempting to relate to the dead (Deut. 18:12). Therefore, in the very least, we should hesitate to apply this metaphor to Jesus.

The problem is not so much that the term itself forces a wrong understanding of Jesus, for words can be redefined. It is more that it creates an unhelpful relationship between Jesus and the ancestors. When Jesus is referred to as the proto-ancestor, just as when he is referred to as the King, he is bound to that metaphor. Thus, the way people perceive Jesus will be bound up with their understanding of the ancestors. This will mean that any difference we argue for between Jesus and the ancestors will be one of degree and not of kind, and so we would have implicitly affirmed the ancestral system. To avoid this, one would have to say that the ancestral system, which was false, was looking for something which was real, and that real thing is Jesus. In this case, however, surely it is more helpful to separate the reality from the falsehood than to closely associate them?

In our considerations it has become clear that it is not impossible to present Jesus as the proto-ancestor. Yet, it will not be helpful to present Jesus in this way to Africans who want to understand Christ as the biblical Saviour who meets their real spiritual needs. Rather, a more helpful Christological metaphor must be sought which would help Africans authentically identify with Jesus in their context.