I recently moved office and in the process uncovered my copy A. N. Wilson’s Paul: The Mind of the Apostle. In this imaginative biography, replete with dogmatic scepticism, Wilson plies the tired view that without Paul’s theology, or more specifically his Christology, Jesus was little more than a ‘moderately pale Galilean.’ That is just one incarnation of historical incredulity towards the four Gospel accounts. Popularly it is presented, most often ignorantly, like this: “The Gospels are documents written much later than when Jesus lived and are undoubtedly loaded with the faith of the church, later traditions, and developed doctrine.” In this post I hope to challenge that myth by turning to the Gospel accounts themselves, something most sceptics fail to do. As the title suggests, my arguments will come from peculiar features in the Gospels that indicate authenticity.

The Gospel of Luke’s underdeveloped Christology
In his brilliant but concise work, Jesus and the Logic of History, Paul Barnett shows that the Gospel writers had a different focus to the letter-writers. Anyone who has read both the Gospel accounts and the epistles will notice how the Gospels reflect an ethos of ‘Jesus back there’ whereas the epistles address issues specific to life in the early church, as a believer. Barnett speaks of the noticeable contrast between proclamation and tradition. Jesus’ teachings clearly relate to the circumstances of people in Galilee and Judea in the 30s. They are unconcerned with the issues that the epistles address. The Jesus that we meet in the Gospels is not recast in order to settle the many apparent issues that developed in the life of the apostolic church; he is surely Jesus in his own historical setting, ‘then and there’. Picking up on a point made by C. F. D. Moule, Barnett suggests that this is perhaps most pronounced when we look at Luke’s two volumes. It is hard to ignore the difference between pre-Easter Jesus (in Luke) and the resurrected Lord (in Acts). Barnett, following Moule, argues that in his Gospel account Luke refused to inject Jesus with the high Christology of Acts, because the former is a historical work dealing with the life, ministry, death and resurrection of Jesus.

Sketchy details surrounding the Upper Room Discourse
Our small groups have worked slowly through John’s Gospel this year and almost came to a standstill in John 14-16. The conversation is often terse, at other times convoluted, and is evenly enigmatic. Interestingly, D. A. Carson, in his invaluable work Jesus and his Friends, believes that the vague and ambiguous discourse is one of the strongest arguments for the authenticity of John. While Carson thinks the theological freight in these three chapters is direct and clear, he writes, “In referring to historical events placed ahead of the Discourse, they are amazingly sketchy. Someone who was out to manufacture a Farewell Discourse after the events would in all likelihood have succumbed to the temptation to be far more precise than Jesus in the days of his flesh often chose to be.”

Women witnessing to Jesus’ resurrection
In Surprised by Hope, N. T. Wright remarks that the presence of women as principle witnesses of Jesus’ resurrection is arresting and strange. For women were simply not regarded as credible witnesses in the ancient world, whether we like it or not. They are, significantly, dropped from Paul’s account of the resurrection in 1 Corinthians 15, because they were “apologetically embarrassing.” Yet, in each of the Gospel accounts, they are front and centre; Wright goes as far as calling them “the first apostles.” This is quite a convincing argument for an extant oral tradition of Jesus’ life, death and resurrection before Paul’s first letter to the Corinthians. Wright finds these features compel any serious reader or historian to take the four Gospel accounts seriously, as early accounts and not later inventions.

The Single Story Behind Numerous Sources 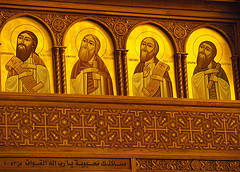 In a work I frequently find myself returning to, The Founder of Christianity, C. H. Dodd notes that even though the authors of the Synoptic Gospels drew on different traditions a single narrative thread can be traced through them. Dodd argues that this proves a story about Jesus from the earliest days of the church existed, when memories of his ministry were fresh. The Evangelists are committed to that story, with its strange details yet without embellishment, “The tone is one of sober, unemotional realism, allowing the events to make their own impression by their inherent weight.” Consider Luke’s stated purpose for writing, unless he set out to grossly mislead his readers and at the same time open himself up to serious criticism, he was offering an account of what had recently taken place. And despite his varied sources, one of which was undoubtedly the Gospel of Mark, the same credible story of a historical man called Jesus is told.