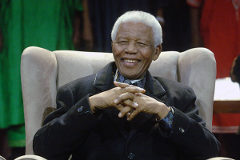 It is right for us, the world over, to feel a sense of loss. Though each of us contributes to our country and our world in our own small way, Nelson Rolihlahla Mandela was a fortress of a man, a giant artisan who shaped not only himself but his country and indeed the world. The evidence of this truth is seen in the fact that the weight of his presence being lifted from us is felt not merely in a rural Eastern Cape setting, not simply in the country he was so instrumental in moulding: the internet is ablaze with his absence, heads of state address their nations and their peers, celebrities pay their respects. To whom? To an ordinary man? Yes. To an ordinary who exceeded himself and became extraordinary, who became a legend. A hero died today. 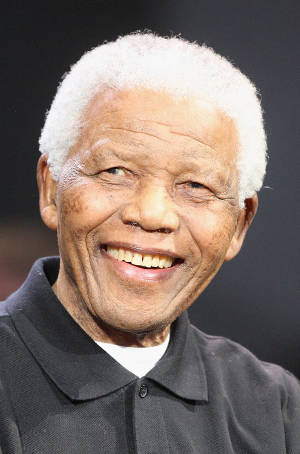 What truth is gained from this tragedy?
Only that death takes even heroes.

Like a vapour is life, vanishing in a moment.
Like leaves and grass is life, thrown into the wind at the turn of a season. Today the season turns.

But what of us who remain? What comfort is there in death? What hope for us who are not heroes? Little I would say. For what hope can there be if death takes even heroes?

Oh death, great enemy of us all. Have you no conqueror?

But there is no reply, he is ashamed. For there was one who should have been consumed by hatred in whom only forgiveness was found. One who not only pointed to a better road but walked it. One who should have called me enemy yet has called me son. One whose life will never be too small, for this hero cannot die and the road he walks leads through death only to ever increasing life - if only we will follow.

“Why should you die, O house of Israel? For I take no delight in the death of anyone, declares the sovereign Lord. Repent and live!”