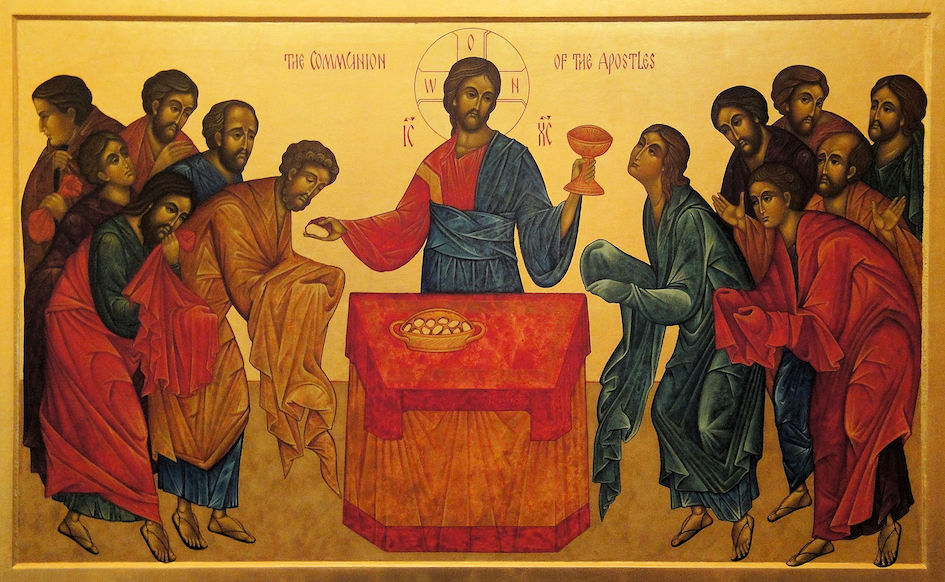 Last year I wrote a couple of articles on communion. The first article argued for the weekly celebration of communion. I made my case theologically, rooting my position in the Reformation, over against broad Evangelicalism’s overemphases on preaching, pragmatism, and individualistic worship. In the second article I suggested that the reason so few churches who identify as Reformed don’t celebrate communion every Sunday is that it doesn’t match the contemporary obsession with exciting, spectacular, and vibrant worship.

In this third post I want to address a common but unconvincing case against offering the sacrament every Sunday. We might summarise it like so: repetition makes routine, and routine eventually empties something of its significance, meaning participants are left going mechanically through the motions. In other words, weekly communion becomes perfunctory.

Unfortunately, Gerald Bray seems to give voice to this case, considering it a possible argument against celebrating communion Sunday by Sunday. For in his outstanding work, God Is Love, Bray writes: “Contrary to the intentions of the liturgical reformers, the sacrament has been trivialised and devalued by overuse, and so its significance in the life of the believer and the congregation has been obscured.”

Below I offer three points as to why I think such a position is wrong.

1. We Don’t Apply its Logic Evenly

The first and rather simple point against the supposed danger of weekly communion making the sacrament dryly routine, reducing it to going through the motions, is that we don’t apply this logic to other aspects of corporate worship—especially singing. You won’t ever hear a church staffer saying: ‘We’ve taken singing out of the liturgy this week because we’re worried that it’s becoming a little mechanical and insincere.’ No, we’d rather sing the line, “you’re a good, good Father,” another 22 times this coming Sunday.

I mean, should we be worried about devotional Bible reading or daily prayer becoming a formality. Is this an argument against spiritual disciplines, or the means of grace? Should we leave out the Bible reading or sermon this coming Sunday, because we did it last week? I trust your answer to those questions was ‘no.’ Thus overuse leading to hollow formality is not an argument against weekly communion, unless you’re ready to apply to a whole host of other practises.

2. We’ve Abandoned the Power of Repetition

Secondly, repetition that creates familiarity is only perceived negatively because we’ve believed the good news as proclaimed by Apple: innovate and think differently. Only this is not how Christians have viewed liturgy throughout the ages. Even the Reformers who stripped the altars and railed against the pomp of Roman Catholic worship crafted their own liturgies and collects. They structured services. Indeed, they saw repetition as a means of formation, habit as a way to train our hearts. Many of us believe the opposite today. We think that innovation and spectacle-making is what will persuade and transform the next generation.

C. S. Lewis addresses this way of thinking in his Letters to Malcom. He writes: “It looks as if they believed people can be lured to go to church by incessant brightening, lightenings, lengthenings, abridgements, simplifications, and complications of the service…Novelty, simply as such, can have only an entertainment value. [But people] don’t go to church to be entertained. They go to use the service, or, if you prefer, to enact it. Every service is a structure of acts and words through which we receive a sacrament, or repent, or supplicate, or adore. And it enables us to do these things best—if you like, it ‘works’ best—when, through long familiarity, we don’t have to think about it…The perfect church service would be one we were almost unaware of; our attention would have been on God.”

Constant reinvention and novelty undercuts the transformative power of repetition. And as Lewis says, it also distracts us. Ironically, when our priorities for corporate worship become excitement and vibe people end up worshipping God less.

3. Our Worship is Cerebral—and Disembodied

Finally, let me conclude by adapting a point I made years ago, with the help of John Owen and the Pauline Epistles. Paul writes: “I discipline my body and keep it under control” (1 Corinthians 9:27). Elsewhere he employs a similar image: “Train yourself for godliness” (1 Timothy 4:7). Picking up on this language, John Owen insisted that in order to effectively mature as believers we must go beyond the standard, contemporary tools: devotions, accountability, and sermons—as valuable as these are. Owen, along with many others before and after him, insists that we must incorporate our bodies and habits into spiritual formation.

Few writers have done more for my own thinking around the value of repetition for embodied beings, such as ourselves, than James K. A. Smith. Listen to a few lines from You Are What You Love: “The Lord’s Supper isn’t just a way to remember something that was accomplished in the past; it is a feast that nourishes our hearts. Here is an existential meal that retrains our deepest, most human hungers.”

If you miss a meal during the day, you feel the pangs in your body. Your stomach grumbles, and demands sustenance. The reason we’re so indifferent to whether our churches practice communion every week or not is the result of years of spiritual intermittent fasting. By this I mean: we don’t long for communion—what Calvin appropriately describes as “a spiritual banquet, wherein Christ attests himself to be the life-giving bread, upon which our souls feed unto true and blessed immortality”—because we eat so irregularly. The result is full minds and bare souls.

« Where Did All the Deacons Go? Reconsidering Acts 6 Pre-Fabricated Advice is Usually Bad Advice »
comments powered by Disqus