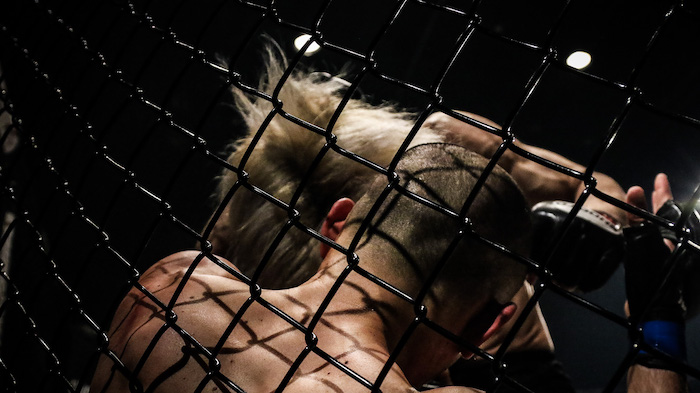 Last week I posted my first article in a planned series asking whether Christians should watch blood sports. It was a tentative foray that I hoped would stir conversation and further reflection. Though I cannot verify the latter among my readers, the article certainly resulted in some useful conversations. These will guide the forthcoming posts. But before getting to those I want to answer what was a common criticism: the analogy between human blood sports and animal fighting has numerous points of breakdown. The most significant of these is that human combatants in MMA or boxing choose to fight whereas animals are made to do so against their wills.

The Matter Of Consent

To quote my first article: “Professional athletes choose to step into the ring while dogs don’t.” This is a fundamental difference, which more than one reader pointed out to me: the matter of consent. It is true, animals are cruelly forced into their fights whereas human combatants have a choice. Added to that, human fighters can throw in the towel or tap-out before being seriously injured. Tragically, animal fights often end in the death of at least one of the combatants, if not both. This is therefore a significant distinction to consider. However, while happily admitting this shortcoming in my analogical argument—after all, all analogies are imperfect—I believe it might further our conversation about whether Christians should watch blood sports.

Firstly, why do we stop our animals from fighting? Sure, you might answer, there are veterinary bills and sentiment. But when domesticated animals—particularly dogs—decide they want to duke it out in the park humans quickly intervene. In other words, when two or more dogs engage in combat by their own volition we don’t allow it. Why is that?

Secondly, if a major problem with animal fighting is that animals are compelled against their wills, why do we not oppose all other forms of animal sports? I don’t know about you, but I’ve personally never seen bunch of horses—or dogs for that matter—set off at gallop to see who crosses a line first. When it comes to animal racing we ignore the fact that animals are forced into a situation that they would never choose for themselves.

In fact, if I were seeking to be contentious, I would probe the fact that fighting appears to come more naturally to most animals than racing or doing tricks. But let’s leave that for another time. Clearly animals don’t choose to fight but are goaded into violent combat. But if this is a sticking point when it comes to animal fighting, it should also probably be extended to other ways in which animals are forced to compete for human entertainment.

We Are Accountable For What We Choose

Thirdly, forgetting the two questions I raised above, my initial question—should Christians watch blood sports?—was primarily a matter of whether Christians should consent to consuming real world violence through their screens, ringside, or from the seats of an arena. These are conditioned athletes. They are paid for their troubles. And as viewers we are not responsible for their decisions.

But we are accountable for our own. This is why I wrote, “I would hazard a guess that most people who watch blood sports prefer the sensational to the technical…We don’t want fights decided by the judges,” or “the indiscernible grappling that takes place on the floor.” This raises the question I put to my readers in the first post: do we unwittingly desire greater violence? If we do, is that alright, considering that these are real people, consenting or not?

To date, I haven’t heard any Christians claiming that Pornhub’s remaining content is permissible, even though the people in front of the camera were consenting. Thus while consent is a point of distinction between animal fighting and blood sports, it is not a knockout blow. Consent does not ultimately determine whether Christians ought to watch something. For that’s a question of content, conscience, and our own hearts.

« Should Christians Watch Blood Sports? Should Friendship Be Costly? »
comments powered by Disqus