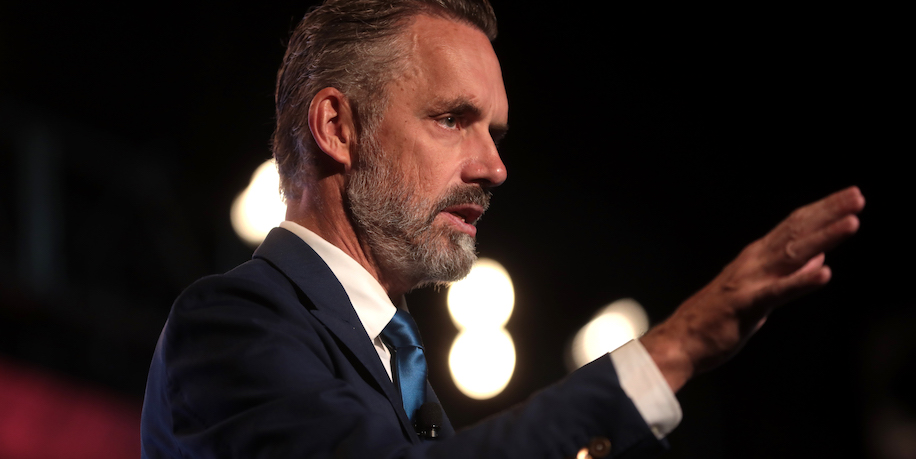 Most Christians are aware of the vivid warnings regarding the tongue—or speech—in James 3:1-12. Earlier in James’ epistle we read, “let every person be quick to hear and slow to speak” (James 1:19). Like its Old Testament counterpart, Proverbs, the book of James exhorts us to live wisely. And, unsurprisingly, much wisdom is needed when it comes to what we say. “How great a forest is set ablaze by such a small fire! And the tongue is a fire, a world of unrighteousness” (James 3:5-6). Being aware of the disproportionate destruction a careless comment might wreak should make us slower to speak. This is wisdom (Proverbs 29:20). But nestled in James 3:1-12 is a claim that has never made a whole lot of sense to me. In James 3:6 we are told that the tongue sets the course for one’s entire life.

The Tongue Is A Dangerous Weapon

Few of us need much convincing that speech is easily weaponised and therefore incredibly harmful to others. We regrettably speak out of both sides of our mouth, as a good friend of mine likes to say. “With our tongue we bless our Lord and Father, and with it we curse people who are made in the likeness of God. From the same mouth come blessing and cursing” (James 3:9-10). “Cursing” here is not a reference to some dark sorcery or magic—nor is it merely cussing (see Matthew 5:22). Rather it includes the vast range of ways we use our speech to hurt others, from verbal bullying to gossip and slander. Indeed, “the tongue is a restless evil, full of deadly poison,” that appears almost frighteningly autonomous as we deal damage with our speech (James 3:8). But why does James say that speech charts the course of our lives?

An Untamed Tongue Damages The Speaker, Too

To put the above question another way: how might our speech be self-destructive? Why does James warn us that the misuse of our tongues does not only result in hurting others but also harms the speaker? To quote James 3:6, “The tongue is set among our members, staining the whole body, setting on fire the whole entire course of life, and set on fire by hell.”

Recently, while preparing for a sermon on James 3:1-12, I was bewildered by this statement. And scratching through my notes in Zotero I came across an answer from an unlikely source: Jordan B. Peterson’s 12 Rules For Life. Explaining his 8th rule, Tell The Truth—Or, At Least, Don’t Lie, he helpfully illustrates James’ point, showing how damaging speech is also self harming.

Using lying as an analogy, Peterson argues that when we lie we seek to steer reality rather than confront the truth. Now, none of us are strangers to lying—from white lies and half truths to bold faced deceit, we are all merchants of pretence. Our attempts to control situations by being dishonest sometimes fail. But on other occasions they ‘succeed.’ Thus Peterson writes, “First, a little lie; then, several little lies to prop it up. After that, distorted thinking to avoid the shame that those lies produce…After that comes the arrogance and sense of superiority that inevitably accompanies the production of successful lies.” More succinctly: “Pride falls in love with its creations, and tries to make them absolute.”

Peterson’s argument is worth some consideration and a little development. Firstly, all of us know how easy it is to reach for a new lie when covering up an old one. It’s certainly less painful than admitting the first falsity. Thus lying has a snowball effect.

But, secondly, we cannot lie indefinitely, at least not before we become liars. As I’ve argued elsewhere, with the help of Friedrich Nietzsche: “Habit begets being. Effort spent in seeming to be a certain person ultimately shapes us into becoming that person.”

Thirdly, lying involves an increasing measure of pride. When we lie it is because we have decided our own contrivances will reap better results than the truth—than reality. And, as Peterson argues, successful deceit leads to smug self-conceit. Worse still, when lies accomplish our designs we arrogantly start to believe that we ought to control reality rather than submit to the truth therein.

Be Slow To Speak

You may disagree with some of what I’ve quoted from Jordan Peterson’s 12 Rules For Life. But the case he makes for truth telling over against lying is a compelling one. Furthermore, it isn’t hard to see how his point extends to the variety of ways we misuse speech. Therefore it isn’t just a harsh word; it’s a step towards becoming a bully who squashes anyone who opposes them. Flattery not simply the occasional strategic compliment; it sets us on the course towards being disingenuous and self seeking in our relationships. We cannot excuse gossip as ‘confessing each other’s sins,’ when it betrays confidence or is designed to tarnish someone else’s reputation. I could go on. But I feel like the point is made. Therefore, “let every person be quick to hear and slow to speak.”

« Technological Fundamentalism: Faith In The Digital Age A Prayer For The Sick And Suffering »
comments powered by Disqus