The Law, Galatians, And 'The Shawshank Redemption' 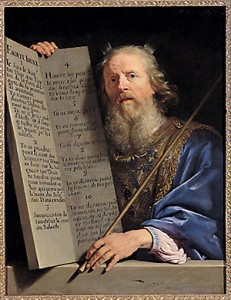 Towards the end of last year I preached on Galatians 3:15-29. We had been working through the book in the evening service at Tokai Community Church and in our midweek bible study (ahem, my apologies, in our “community group”). Making our way through Paul’s letter I discovered that despite having a lot to say about the law; if we assume the traditional view of the law, Paul doesn’t expound the third use of the law, also known as the normative. John Webster gives a really helpful and concise definition of this aspect of the law in Holiness (p95): The law is God’s given order for life within the drama of God’s saving work. Therefore, the Christian, much like the Hebrew in the Old Testament, should see the law as teacher (usus didacticus), for it is no longer magistrate.

With that helpful qualification it isn’t entirely fair to say Paul ignores Christians’ relationship to the law. He spends most of the epistle challenging the wrong approach to the law that was prevalent in Galatia. Paul stresses throughout the letter that Christians are free from the law; or rather, that Gentile Christians are as much a part of God’s new people without strict obedience to the law, specifically around the issue of circumcision. The passage I was given to preach is emphatic that Christians are children of the promise, and not the law (3:15-29). And immediately after, we are heirs not slaves (4:1f). Faith has set us free and Paul wants Christians to enjoy their new freedom in Christ, not to fall back into fearful obedience to every aspect of God’s law.

In applying this passage I had to ask myself how this is tangible to our experience today, beyond the obvious. And the point I reached was the tendency of Christians to be duty bound, burdened by what James Dunn calls the world’s ‘grim captor,’ the law. Whether we love it or loathe it, most evangelical Christians struggle to move away from feeling some sense of obligation. This means that a lot of what we do is driven by guilt or fear. And that is to miss not only Paul’s point in Galatians but the essential truth of the gospel: we are no longer enslaved but free, justified by grace. Our service ought to be borne from the desire to become like Christ and the empowerment coming from the Holy Spirit to honour our loving Father. It is not anxious service to avoid punishment. Yet we often retreat back to the law, for assurance and accomplishment, allowing duty to accompany our faith.

The illustration that I used to drive this home was taken from the classic film, The Shawshank Redemption. Set in a maximum security prison, the film follows the life of a young man who is sentenced to life imprisonment for murdering his wife along with her lover. One of the fascinating characters he meets is a much older inmate called Brooks Hatlen. After nearly 60 years of incarceration he is granted parole. When he first learns of his parole, Brook is excited to leave and enjoy freedom for the last few years of his life. But prison was all he ever knew and he found security in the order and control of imprisonment.

Red, a fellow inmate, explains Brooks’ anxiety and our nature, with tragic clarity: “There's a harsh truth to face. No way I'm gonna make it on the outside. All I do anymore is think of ways to break my parole, so maybe they'd send me back. Terrible thing, to live in fear. Brooks Hatlen knew it. Knew it all too well. All I want is to be back where things make sense. Where I won't have to be afraid all the time.” It is a terrible thing to live in fear, hankering after the control we find in obedience and duty. Only that isn’t control but submitting ourselves again to a yoke of slavery. Christ has set us free.