The Folly of Word of Faith

At the end of 2015 I went to our local hospital to visit Richard, an older man in our church who had fallen deathly ill while on holiday.  After we had prayed, he told me someone else from a church in our area had also come and prayed with him. But before I could rejoice in this news, Richard added that this person had corrected him for concluding his prayer with: “Your will be done.” Astonishing: he was told that he should not pray like that. Instead he should use his authority as a believer and the powerful name of Christ to claim wellness and healing. Apparently we are not meant to ask but demand. 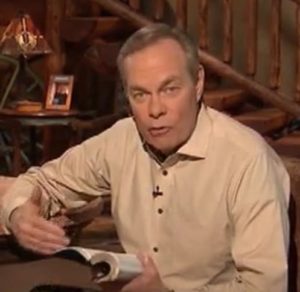 I spent time explaining that that simply is not what God teaches in the Bible. But recently another man in our church was diagnosed with metastatic cancer. Meeting him he asked me what I thought about Andrew Wommack’s healing ministry. Once he had told me more about the videos, testimonies, and promises of AWMI I answered him. Though the points below formed my response to the question about Andrew Wommack in particular, they serve generally as a critique of all healing ministries, or the 'word of faith movement', including those fronted by Benny Hinn, Kenneth Copeland, and Paula White.

We do not have greater faith than Christ

To claim that we must have more faith in order to be healed (or prosper in general) has some troubling implications. The biggest is that it is hard not to conclude that healthy and wealthy Christians have a greater faith than Christ. For his prayers were not able to deliver him from suffering and death. But, as I have argued in an older post, Christ’s faith was strong as he prayed in Gethsemane, “Not what I will, but what you will.” Jesus’ faith is not questioned by his unanswered prayers, but evident in them. Suffering does not result from a lack of faith, nor does healing depend on great faith. That is unbiblical nonsense. Christ demonstrated unmoving faith in both his life and death, when he was well and as he suffered.

We do not know better than God 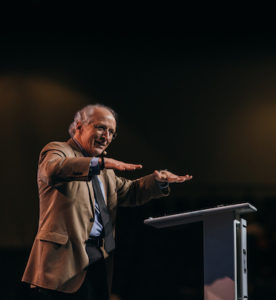 The refusal to submit our prayers to God’s will is actually an arrogant refusal to submit to God, which the Bible also calls sin. As John Piper writes in the provocatively titled Don’t Waste Your Cancer, “Healing is not God’s plan for everyone.” How Christians can say things like “God wants you to be well,” and “I know God plans to heal you,” is incredible. For God actually says, ‘You don’t even know what tomorrow will bring…You boast in your arrogance. All such boasting is evil’ (James 4:14-16). Hear what God said to Job, ‘Who is this that darkens my counsel without knowledge?’ (Job 38:2); and a little later, ‘Shall a faultfinder content with the Almighty? He who argues with God, let him answer it’ (40:2). To put it a little bluntly, Job 38-40 essentially shows God telling both Job and his friends to shut up, because they do not know plans he has for Job.

We should not love this world more than the next

I recently developed some of John Calvin’s theology on suffering, and few writers have helped my thinking as much as he has. In his Institutes (3.9.1-3.10.6) he contrasts our present life with the future life. I encourage you to read the whole section but will highlight just one incisive point he makes, which is relevant here: we must desire heaven and hate this life. It sounds wrong, but Calvin uses hyperbole, much in the same way Christ said we must hate our family, even our own lives (Luke 14:26; also see John 12:25). Because Calvin shared Paul’s hope (Philippians 1:20-26) he could ask, “If we should think that through death we are recalled from exile to dwell in the…the heavenly fatherland, would we get no comfort from this fact?” (3.9.5). Calvin presses this to the point of discomfort, showing that all of us cling to tightly to this life and view. “If it befits us to live and die to the Lord, let us leave to his decision the hour of our death and life, but in such a way that we may both burn with the zeal for death and be constant in meditation” (3.9.4).