Romans: The Righteousness of God

The men’s group that I am a part of has started reading through Paul’s epistle to the Romans and a few weeks back we considered Romans 1:17, ‘In the gospel the righteousness of God is revealed from faith for faith, as it is written, “The righteous shall live by faith.”’ The question we discussed was one that has been asked throughout church history: how is the revelation of God’s righteousness good news? 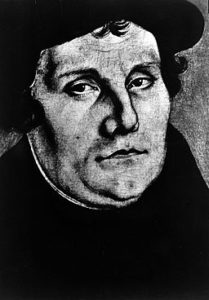 In his magisterial commentary on Romans, Douglas Moo provides a few options for understanding the “righteousness of God,” which explain Luther’s original disdain for the verse. Moo says that it has been understood to refer to the God’s attribute of righteousness and his just activity. Neither of these filled Luther with much hope, because he was a man well acquainted with his own sinfulness. But Moo offers another historical interpretation, one which both Luther would eventually champion: a righteousness attributed to us by God. In fact, upon consideration of these three options we hardly need to treat them as mutually exclusive, since Paul combines them in Romans 1-3. 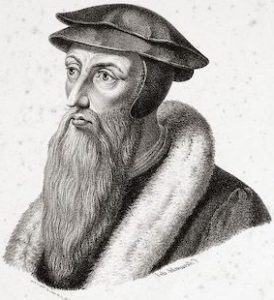 We have covered much ground in a short space. Our original question was how is the revelation of God’s righteousness a good thing, since alongside it our blemishes and sin are made clearer? Added to that was another questions, how does our faith in Christ reveal God’s righteousness while also achieving salvation (1:16)? The answer to these questions comes in Romans 3:21-26, for in the gospel God’s righteousness is manifest. This happens as he simultaneously works in a way that is perfectly just and justifies those who are not perfect. Thus Calvin writes, looking at Romans 5, “God, to whom we are hateful because of sin, was appeased by the death of his Son to become favourable toward us…As by the sin of Adam we were estranged from God and destined to perish, so by Christ’s obedience we are received into favour as righteous” (2.17.3). “To God be the glory forever” (Romans 11:36).

« Doodle: Keep Preaching to the Choir Church Growth: The Place of Metrics in Evaluating Ministry »
comments powered by Disqus