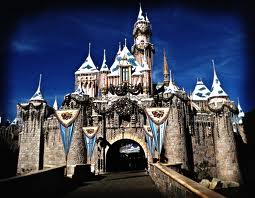 I recall one of the first phone conversations I had after arriving at Bible College. Shiny shoes and starry eyes, I remember telling my mom not to worry that I was 1000+ kilometers away from home; Bible College is "like an extended church camp". And it was. Good teaching and close knit community built around a common interest will always produce a high. More so, I would say, when that common interest is also the highest interest, namely God. The high lasted without decline for four years. Perhaps, however, it was a bit like the high of a stint in Disneyland.

I am told that Disneyland is built with a vast network of underground tunnels so that actors in costume are never found out of place as Goofy goes for a loo break or Mulan has Indian takeaways for lunch or the White Rabbit hurries through the park late for his appointment. The point is nothing in Disneyland goes wrong, vomit doesn't have a chance to hit the floor and litter is vapourised as it leaves the negligent tourist's hand. The world of Disneyland is surreal and fantastic - it's designed to be, how else would it sweep you off your feet into the world of your imagination to "The happiest place on earth"? There's only one flaw, it's not real. 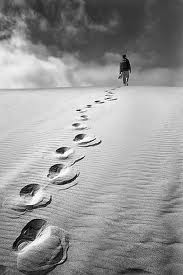 As I think of the time I've spent beyond Bible College, all 7 months of it, I realise that one of the experiences I share with many of my fellow graduates is a post-college low. It's characterised by loneliness in some form, discouragement and possibly even lacklustre spiritual life. Of course these experiences ebb and flow and we are all now well enough equipped to deal with discouragement and spiritual struggles. I wonder, however, whether they are necessary.

Don't get me wrong, I wouldn't trade my days at Bible College for the world. I made lifelong friends there and the depth of relationship that I experienced I suspect will only ever be rivaled by marriage. I certainly wouldn't wish anything different in my own life. In fact, the people are the biggest selling point in my mind for full time Bible College and they're something I never would have imagined matter as significantly as they do, had I not experienced it for myself. But supposing there were another way?

Supposing the local church worked hard at training people from its own midst - perhaps resources would need to be pooled from a number of closely located local churches but the models are being developed for this sort of theological education. Now supposing instead of investing four years into the church community of George Whitefield College (because really, it was a church community, as much as I poured myself into my placement church, GWC was inevitably far more a part of my life), I poured those four years directly into the church to which I would minister in the years to come and the people who are pooled together from the vicinity for training purposes would be the ones I network with to do inter-church activities.

Maybe I haven't solved the problem at all because I'm still pooling people together; I'm still doing "college". I guess my friends who got married to other friends who met through college would never have crossed paths. I suppose the advantage of that sheer number of people you rub shoulders with and learn from would be lost. So maybe Bible College is the best solution but is leaving Disneyland a necessary experience?

Then again, given the option I'd rather leave Disneyland than never have been. What do you say?