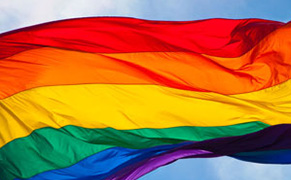 Of late, everyone on the interwebs has something to say about rainbows. All the major tech companies that run our lives and enable us to communicate have done something and millions of us have have leapt onto the band wagon in our various digital incarnations. I decided pretty quickly that I shouldn't say anything. "My thoughts are half-formed," I reasoned, "my mind is too easily swayed," and what's more, "how Christianity functions in a post-Christian pluralistic society is too complex to reduce into a blog post, let alone 140 characters."

But I've realised that that's the wrong response so this is my whole-hearted attempt to speak to an issue that demands the whole of our hearts.

The reality of the rainbow 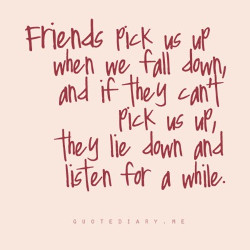 The reality is that homosexuality is not something that we can address like global warming or terrorism. It is not impersonal and it is not distant or detached from our day to day lives. Unforutnately it's also not something that is helped by most of our responses; jokes, trite sayings and fear or anger.

As we each consider the sins that most plague us, there is no doubt that shame and remorse are evoked. When that sin is attached to our identity, "adulterer," "liar," "gossip" these feelings are even more pronounced. I cannot imagine a way to read the Bible and argue that homosexual practice is okay with God but let's be fair; the Bible doesn't justify any of the sins resident in my heart. I am the biggest sinner I know and I'm ashamed to say it.

The truth of the rainbow

I have nowhere to hide my sin and homosexuality is no different. Before God, the US Supreme Court can send a delegation of their finest lawyers and every tongue will hang in silence. So politics will not protect us from the judgement of God. That's something a lot of Christians seem to think we should remember at this point but let's not forget that legalism, theological acumen and erudition and, yes, even "being loving" won't protect us from God either. 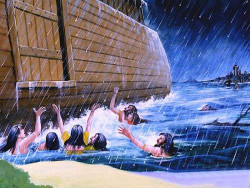 There is a story about a rainbow and a promise in the Bible that is preceded by the most violently destructive event the world has ever known. The flood was God's response to a sinful world. It was his response to people who lived in rebellion against him. The truth behind the rainbow at the end of that story is that God judges sin whether he's given you the ten commandments or your conscience or two thousand years of Christian witness. We answer to him and he doesn't take sin lightly.

The promise of the rainbow

In spite of human sin, after the flood God points to the rainbow and promises never again to flood the world. In other words, from this point on there will be no interim judgement: we await only God's final judgement.

To my homosexual brothers and sisters in Christ I say, let's fight the good fight together: I'll encourage you to fight your desires that are in rebellion against the rule of God and I pray that you will do the same for me.

To those who practice homosexuality, I say what I say to the Athenians in ancient Greece, to the South Africans in 21st century Pietermaritzburg and to everyone in between:

God now commands all people everywhere to repent. For he has set a day when he will judge the world with justice by the man he has appointed. He has given proof of this to everyone by raising him from the dead.

I don't know what I would do if I ran the world. However, I do know that homosexual practice is sinful and I do know that, along with all those who take advantage of laws allowing gay marriage, I will stand before a holy God in shame. The rainbows I keep seeing remind me that God is patient but certainly not that he will tolerate our rebellion.

« Can I be a Christian but not a Churchgoer? Beware the Love of Missions »
comments powered by Disqus