Towards the end of Cormac McCarthy’s No Country for Old Men, Llewyn Moss offers an uncomfortable insight to the hitchhiker travelling with him. Discussing where she is heading, Moss makes this smarting observation, “You think when you get to California you'll kind of start over.” The young girl says that is precisely what she hopes will happen. But Moss tears down her naive sentiment with this sobering truth, “It's not about knowing where you are. It's about thinkin you got there without takin anything with you. Your notions about startin over. Or anybody's. You dont start over. That's what it's about. Ever step you take is forever. You cant make it go away. None of it.” We cannot start over because whatever point we are at is preceded by the steps we took to get there. This simple fact is one we desperately seek to forget on the 31st of December, every year. But, if Llewyn Moss is correct, we cannot merely start over; we take all of ourselves with us into the future. 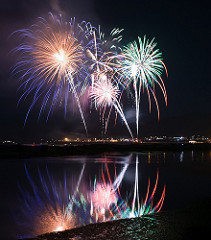 For all the money and effort that is spent on New Year’s Eve it is just another well marketed, commercialised high day. No one wakes up a new person on the 1st of January. But similarly to McCarthy’s hitchhiker we convince ourselves that we can start over, begin afresh. We wistfully believe that our pledges and promises will somehow alter our whole being, ridding ourselves of whatever we wish was not us. This idea is sharply criticised by Five Iron Frenzy, in their song New Year’s Eve. Powerfully, and not without the appropriate level of self awareness, one of the verses reads: “Then with thunderous praise and lofty adoration / a second passes by / yet nothing changes.” The verse continues, “I hate my skin / this grave I'm standing in / another change of years / and I wish I wasn't here.” Those lyrics unsettlingly capture the futility of our resolutions as well as the reason we make them.

However, something else can be observed behind our desperation to change who we are, to become something better and forget our many failings. We desire renewal, to be remade. But that longing is frustrated; and the change of years with its empty promises only exasperates that desire. Once the fireworks cease we realise they were only lighting up the old sky. That first sunrise feels uniquely exciting and different for only a couple of minutes. As yesterday advanced it became apparent that I am still me. Or as Moss put it, I arrived at this point because of and through bringing with me everything that has gone before. The sobering truth confronts all of us: you have not changed. The parts of myself that I hate have not departed and the new person I promised myself and others I would becomes has not arrived. My longing to become someone else, the desire for a fresh start and the hope of meaningful change evaporates like the morning mist. What are we to make of these frustrations? Many will conveniently shrug them off as the busyness and bustle of a new calendar year begins, until the 31st of December. 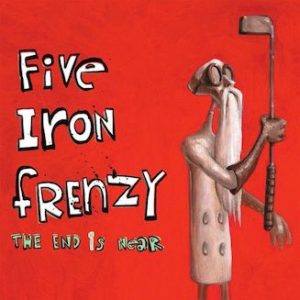 Towards the end of the song already mentioned, Five Iron Frenzy sing, “A year goes by and I'm staring at my watch again / and I dig deep this time / for something greater than I've ever been / life to ancient wineskins / and I was blind but now I see.” My wife believes I am far too cynical, so in keeping with her diagnosis let me quote the Stoic Seneca before concluding. In a letter on travel, he wrote, “All of your bustle is useless. Do you ask why such flight does not help you? It is because you flee along with yourself.” Elsewhere he blankly states, “You need a change of soul rather than a change of climate.” Ultimately, Stoicism just like the new year was incapable of bringing the renewal and transformation we all desire. But there is a God who promises to make all things new, to wipe away all of our tears. He gladly invites us, “Let the one who is thirsty come; let the one who desires take the water of life without price” (Revelation 22:17).

« Bray on Scripture: Experiencing God's Love What Should You Do This Year? »
comments powered by Disqus