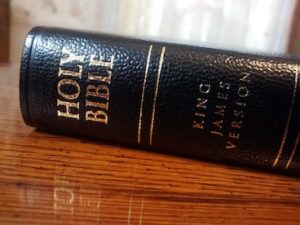 Oft quoted, and always from the KJV for effect, is 2 Corinthians 3:6, "the letter killeth, but the spirit giveth life." It is then claimed that 'Bible heavy sermons' or ministries overcommitted to teaching from Scripture are unhealthy, even deadly. Instead, the inane logic continues, our ministries and preaching should be 'Spirit led' and lively, happily free from the dull old book.

Ignoring the laughable irony of quoting a Bible verse to prove that the Bible need not be prioritised, a careful reading of the verse in its context will show what Paul is and is not saying. For starters, the next verse refers to letters carved in stone and Moses (3:7), while a few verses earlier Paul mentions tablets of stone (3:3). Paul is contrasting what he calls the ministry of death with the apostolic ministry of a new covenant in the Spirit. Interestingly, this ministry involved the writing of epistles (like 2 Corinthians) not ‘Spirit soaking’ and ‘fire circles.’ To conclude that the “letter that killeth” is the Bible, rather than the Old Testament law, is to horribly misinterpret the passage.

It seems Christians in the 16th century were making a similar mistake by mangling 2 Corinthians 3:6. In his Institutes, Calvin wrote, “Those who, having forsaken Scripture, imagine some way or other of reaching God, ought to be thought of as not so much gripped by error as carried away with frenzy” (1.9.1). Calvin says we should ask those claiming that the “Spirit giveth life” which spirit they mean since the apostles and early church did not despise God’s written Word. “Rather, each was imbued with greater reverence as their writings most splendidly attest.” Listen to Paul, a few verses on from that verse ignorantly cited, “We have denounced disgraceful, underhanded ways. We refuse to practise cunning or to tamper with God’s word, but by the open statement of truth we would commend ourselves to everyone’s conscience in the sight of God” (2 Corinthians 4:2). Thus Calvin asks, “What devilish madness is it to pretend that the use of Scripture, which leads the children of God even to the final goal, is fleeting or temporal?”

Perhaps the gravest and most damaging mistake of those who misuse 2 Corinthians 3:6 is the wedge that they drive between God’s Word and the Holy Spirit. Calvin cites John 16:13 to show that the Spirit’s ministry was not the forging of  some new doctrine but the restatement and filling out of the gospel of grace. He goes on, “From this we readily understand that we ought zealously to apply ourselves to read…Scripture if indeed we want to receive any gain and benefit from the Spirit of God” (1.9.2). As I argued in my previous post, God has given us his Word in order for us to know him and to keep us from creating gods in our own image. Those who refer to the Bible as a letter that kills while claiming the Spirit gives life are taking with one hand what they give with the other. Worse, they must either claim that the Bible is not from the Spirit or that the Spirit contradicts himself. Hear Calvin, “[The Spirit] is the Author of Scripture: he cannot vary and differ from himself. Thence he must ever remain just as he once revealed himself there.” Preachers, ministries and churches that claim to be “Spirit-filled” without a serious commitment to reading and teaching the Bible are mistaken at best and fraudulent at worst.

Coming back to 2 Corinthians, Calvin points out that Paul refers to his preaching of the truth as the ministry of the Spirit (3:8). He argues that this undoubtedly means “the Holy Spirit so inheres in His truth, which He expresses in Scripture, that only when its proper reverence and dignity are given to the Word does the Holy Spirit show forth His power” (1.9.3). Baying like an animal, falling on the floor or prophesying in an unintelligible tongue is not the power of God’s Spirit; it is nothing more than frenzy and hype. The seemingly unexciting and dreary practise of opening the Bible is where we will see and experience the life-giving power of the Holy Spirit.

« John Calvin on Scripture: Inventing God How’s It Going? Part 1: An alternative to beating up on numbers »
comments powered by Disqus