The old guard, out-dated media, hate-filled Christians, and a few pesky psychologists – as well as psychiatrists – have for too long persuaded the general public that abortion is harmful. Fortunately in recent times this oppressive narrative has been overturned. If we ignore the fact an unborn human is killed during an abortion, they certainly have become “safe, pain-free, and convenient.” But another phenomenon has been harder to deal with: our consciences. It is almost as if we know that killing another human out of self-preservation is wrong, even evil. So I have assembled a few of the choicest ways to get around your annoying conscience, arranging them into five easy steps.

Firstly, you have to stop using phrases such as unborn child and words that make you uncomfortable, like ‘human,’ ‘baby,’ and ‘life.’ What you need to do next is depersonalise and dehumanise whatever is growing inside the womb. The word foetus is a great tool when doing this. No one gets attached to a foetus, surely a foetus does not have feelings or significance. I would go as far as saying you should give up the word abortion, opting for termination. You know, like when you cancel your contract with MTN or Standard Bank. You could go even further and refer to it simply as an operation, opaque enough that you could be speaking about the removal of an appendix. The bottom line is you must choose your language carefully, which will help you to think less about taking the life of an unborn, helpless child.

2. Major in women and forget the foetus 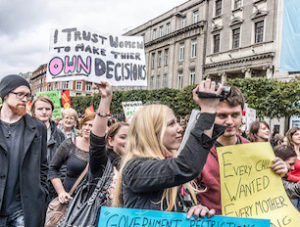 This step will sound both extremely selfish and selectively narrow, but you need to make abortion a matter of women’s rights, freedoms, and challenging the patriarchy. This is a very effective step because it proves that anyone who values a foetus does not value women. In fact, anyone who tries to tell a woman that terminating her unwanted growth – similar to cancer really – is wrong is a chauvinist and bigot. Who gets to tell others what they can and cannot with their bodies? Oppressors. This rhetoric provides a remarkably impressive smokescreen, entirely obscuring the fact that another body is even in the frame. If you find that this step is not working, either to ease your conscience or defeat your opponents, just remember that it is always those with power who get to choose, with no regard for the weak. And those weak-minded fundamentalists and even weaker foetuses have no say.

3. Forget the evils of 'service providers' such as Planned Parenthood

This is a very important step if you are to successfully sear your conscience about certain abortion practices and clinics. We do need to first consider the undeniable facts: Planned Parenthood sells the organs of terminated foeti. Now, this may sound like something that Nazi doctors would carry out, experimenting on hapless Jews and other minorities in the 1940s. But it is not, because they are experimenting on foeti, not humans. Though it is odd that the organs and tissue harvested from whatever is growing inside those pregnant women can be matched with and even given to actual human babies. While working towards forgetting the obvious evils done in these clinics we can also learn from these practitioners: they are remarkably calloused to the point that it is strength, like a worker’s blistered hands. Just listen to how they speak about killing unborn babies (crushing spines and dismembering foeti), without a hint of remorse. Powerful. Nietzschean.

4. Speak about victory, progress, and triumphs 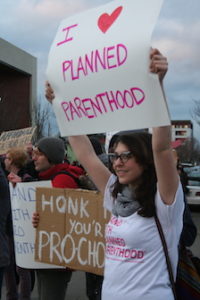 Many doctors around the world and throughout history have laboured tirelessly to preserve the lives of children growing inside the womb. Simultaneously – and somewhat ironically - vast progress has also been made in the field of abortions. This might seem disingenuous. On one side doctors are caring for these foeti and on the other they are killing them, yet both are commended. But let’s overlook this peculiar paradox and speak exclusively about historical victories, such as Roe versus Wade and Casey versus Planned Parenthood. Thanks to these momentous triumphs women have reclaimed their reproductive rights and bodies. Simultaneously the shackles have been thrown off of medicine, meaning its advances can now be used to kill those it was designed to and initially sought to protect. Progress indeed.

I am not here revisiting Planned Parenthood (above), or medical professionals who have successfully grown wealthy by butchering humans and trading their body parts. I want to finish where we started. Many people who have had abortions might try and tell you they regret it, will never forget it, and suffer intense emotional scarring as a result of it. What should you make of this? There is no doubt that the vast progress in the field of medicine means abortions are standard and safe procedures, resulting in little or no pain. Your body, future reproduction, and sex life will not be endangered. But will you be able to walk away both physically and emotionally whole? Yes, of course. What do those people who have had abortions and spend their entire lives regretting them really know? This is arguably the hardest step, because it involves the killing off of your conscience. If you are unable to do that, then abortion – for whatever reason – will always haunt you. So believe the lies: convince yourself that killing an unborn, defenceless, and  miraculous new life will not affect you, permanently.