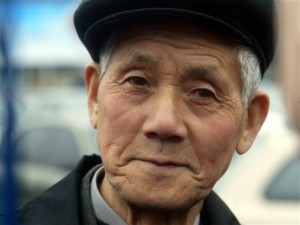 So, off the back of Feel, I've been thinking about how Greek Philosophy has crept into our thinking and negatively influenced us. For those of you who are sold out on Greek philosophy, I don't hate Greek philosophy, and I do think it has lots to offer us. I'm just here wanting to think about one point that appears to me to clash with a biblical worldview.

The element I'm thinking of in my white, middle-class, Western-influenced-African culture which has been influenced by Greek philosophy is obviously our emotions. We seem to believe that emotions are to be suppressed and controlled, rather than understood and dealt with (if they are seen as bad) or cultivated (if they are seen as good). It is, perhaps, more accurate to say that only a portion of the population has taken on this understanding. There is another section of the population who are suspicious of reason, and believe we should follow our feelings or desires. In the post on Feel, Grace helpfully points out that Elliott is close to swinging the pendulum in that direction. Although we shall not directly deal with this other part of the population, the points below will be framed in such a way that my line of response to this group shall be evident.

The way this Stoic element has entered my culture is that we have allowed our being to be split dualistically into an emotional sector and a rational sector. The rational element is then elevated to a position of superiority, and so the emotional element is made subordinate to reason. This is to be equated with a form of dualism because our emotions are seen to be the result of a biochemical reactions, whereas our thoughts are seen as fundamentally superior.

Although, within my culture, this is attributed less to fatalism – as the early Stoics did – and more to what Marcus Aurelius called chaos, the result is the same. If one wishes to find true happiness they should not seek to change that which they cannot, but should pursue peace within themselves. Thus, the most self-evident way within our culture to grasp happiness is to follow the conclusions of our highest faculty (reason) and dismiss any lower dissenter, which in this case is decidedly emotional.

One way we see this entering the Christian conception of the world, within this culture, is that the emotional words in the Bible (love, joy, peace, hatred) are re-defined into rational or intellectual concepts. Further, importance is placed on one affirming the intellectual concept, regardless of whether the corresponding emotion is felt or not.

The point to make in response to this is that both our thoughts and feelings are the result of biochemical reactions, and so we cannot dismiss our emotions on this count, while at the same time allowing our rational thought to remain unaffected. 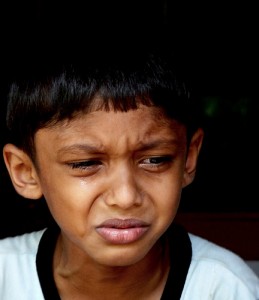 A more significant point is that both our reason and our emotions are affected by the fall. We may wish to discuss the different ways in which they are corrupted, yet the basic point stands. Thus, since our whole being is corrupt, we cannot look to something within ourselves and submit all other aspects to it.

The Word of God comes to our entire being from outside of us, and our entire being (in its rational, emotional and actionable aspects) is called to submit to that Word. Thus, we need to treat our emotions more like we treat our reason. They are fallen, and should come under the truth revealed in Scripture. Yet, because of our corruption, our emotions – indeed our whole being – rebels against that truth. This is because we have an emotional and intellectual attachment to falsehood, both of which need to be eradicated.

The truth is that, for the most part, our emotions and intellect work together. We feel angry because something is endangered which we value. We feel scared because something we value is threatened. Thus we need to discover what we are loving more than we love God, in our minds and hearts. We should then evaluate our whole being against the revealed Word. Once that has been done, we need to begin the process of repentance by working through why we are thinking what we are thinking and why we are feeling what we are feeling.

In an attempt to develop the manner in which our emotions and intellect work together, perhaps we could say that our emotional reactions give us insight into the truths that we intellectually affirm, yet have not absorbed within our being? If this is correct, then we need to look at the object of our emotions. The object of our ungodly emotions will be the idol which we are still worshipping. Thus, we might know the truth about a specific idol, or the arguments against some specific expression of sin, but we haven't attached such value to any given truth such that it generates the appropriate emotional response. We still love the idol more than we love God. This is why being concerned about intellectual obedience, without any concern for emotional obedience, will never suffice over the long term. We need both for complete repentance.

We cannot then subdue or manipulate our emotions. Nor can we let them run wild. We should not elevate emotion above reason and so swing into emotionalism. We need to understand and process that which our emotions point to, and then cultivate godly feelings. We need to accept that God is reforming our entire being – which includes both our emotions and our thoughts.

For the above reasons, we cannot accept this Stoic aspect of our culture, which is based on a dualistic view of humanity. On the path to happiness, this is not an adequate response to God's providence, or to any kind of chaotic understanding of the world. We must see that if we view our emotions as inferior impulses which need to be subdued, then we will damage an aspect of our being which God uses to reform us into Christ's likeness – in a manner similar to the way he uses our minds. We need to view our being with balanced eyes: we are wholly depraved, and we are being wholly renewed!

« What is the place of 'emotion' in the Christian life? Theology in History »
comments powered by Disqus