Dominus Regnavit: Donald Trump and the Idolatry of Politics 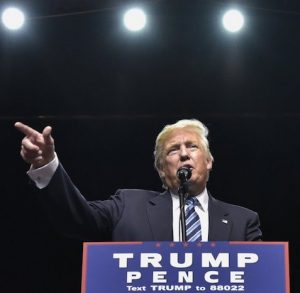 Last week Wednesday signified a paradigmatic shift for America and perhaps the whole world. Though I personally followed the electoral race closely, in TIME – explaining my incredulity that Donald Trump beat Hillary Clinton – discussions and debates around the two candidates were unavoidable, even on the distant shores of South Africa. When the result was announced my social media feeds exploded, with everyone seeming to feel that their opinion now needed to be heard. But the American system (that is, the electoral college and not the slim majority who voted Clinton) has elected Trump president for the next 4 years, regardless of how much people spew and spit online. There are no take-backs, despite some of the drivel being shared online that suggests otherwise. Instead of contributing to the sound and fury, largely signifying nothing, I found myself looking for meaningful commentary on the results and America’s future, even the future of geopolitics.

In God’s providence I was down to preach Psalm 97 last Sunday. The psalm has the Latin title Dominus Regnavit, meaning ‘the LORD reigns,’ but you do not have to be able to read Latin, for the first verse says just that. Belonging to a small collection within the psalter (Psalms 93-100), the psalmist is celebrating God’s cosmic kingship; James Hutchinson says these kingship psalms reassure God’s people that Yahweh is “the world’s Creator-Ruler-Judge” (The Psalter as a Book). Preaching on Sunday, I commented on how many Christians are taking to social media to remind each other that the LORD is still enthroned, even though Trump will take the helm of America in January. Unfortunately, my guess is that the truth that God reigns is only being touted by those who feel they lost in these elections. But God’s sovereign rule and ordering of our world should always determine our confidence for the future, win or lose. Our God is enthroned: “justice and righteousness are the foundation of his throne” (Psalm 97:2), and the heavens speak of his justice (97:6). For the Christian this is not a cliché, but real assurance that God is working all things for his glory and good of those who love him. And for the Christians who voted Trump it is a corrective, reminding them where their real hope lies. That the LORD reigns is not cheap consolation for the political losers, nor is it to be confused with the rulers of the political winners.

Christians ought to know this. But then why are so many speaking as if they do not? The answer can be found in Timothy Keller’s excellent work on idols, Counterfeit Gods (see his chapter titled The Power and the Glory). Keller observes how American politics has become hugely popular and powerful idol. The indications he cites are numerous, with all of them having been remarkably apparent in the recent elections. The opposition – candidates and policies – are demonized. Despair, bordering on a kind of existential death, is felt by supporters, when the result does not match their hopes; they can be heard exclaiming “This is the end! There is no hope,” in defeat. Fear and disillusionment flow from an unfounded dependence on the outcome. Reactions to the results are extreme, with people openly talking about emigration. Observing the trends is fascinating, but Keller goes deeper, arguing that the overblown hype and radical expectations are the result of investing in political leaders the kind of hope that was once reserved for God and the work of the gospel. He then quotes philosopher Al Wolters, “The main problem in life is sin, and the only solution is God and his grace. The alternative to this view is to identity something besides sin as the main problem with the world and something besides God as the main remedy. That demonizes something that is not completely bad, and makes an idol out of something that cannot be the ultimate good.” The heated and hateful fallout in America – and across the world – only reveals that we struggle to believe that the LORD reigns. We look to our idols for the security that he provides. 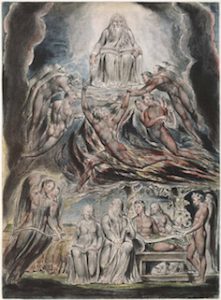 Russell Moore makes a similar point to Keller in an article well worth reading, “The most important lesson we should learn is that the church must stand against the way politics has become a religion, and religion has become politics. We can hear this idolatrous pull even in the apocalyptic language used by many in this election.” The religion of politics will in the end thoroughly disappoint those who hoped in it, for ‘all who worship idols are put to shame, those who make their boast in anything that is not God’ (Psalm 97:7). Again, that verse cuts both ways, comforting the losers and warning the winners. The Christian takes their stand first with the LORD who reigns, rejoicing in his universal dominion (97:1, 12) and resting in his just judgments (97:8). These emotions do not leave no space for feelings of anxiety, wariness, and deep concern, but they must temper them. Dominus Regnavit.

« Malachi on Divorce, Godly Offspring, and the Gospel Excerpts on the Sabbath »
comments powered by Disqus