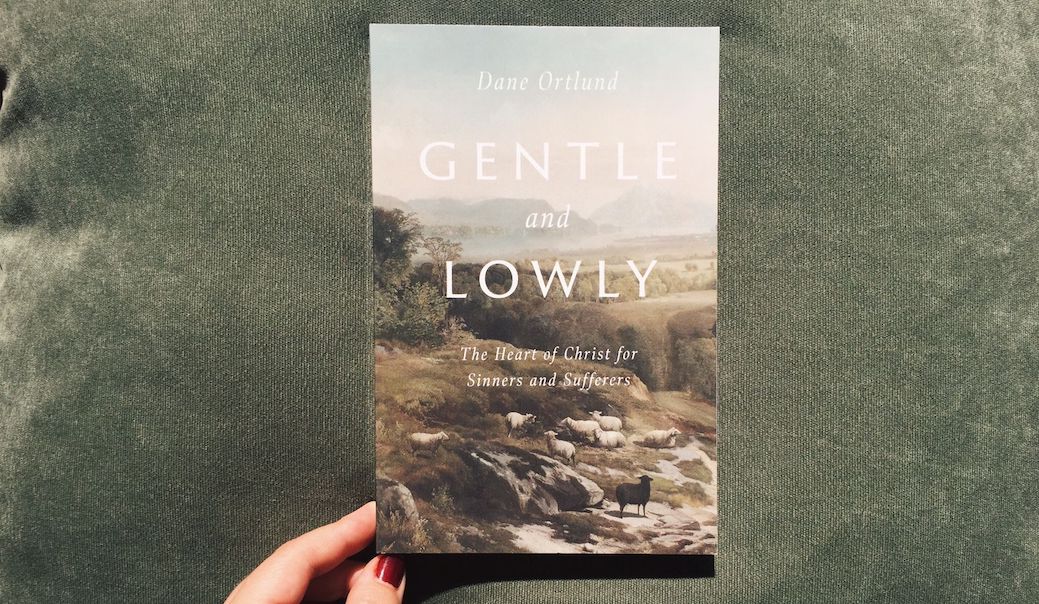 Since its publication in April 2020, Dane Ortlund’s Gentle And Lowly has received countless plaudits and quite remarkable fanfare. Tim Challies didn’t only list it in his top 10 books from 2020, he also called it a “consensus favourite” among top books lists in the Christian blogosphere. Two years on and it is still ranked #1 on Amazon, in the Christian Discipleship category, where it has over 7500 ratings and a near perfect average. If a Christian book can appropriately be called a “hit,” then Gentle And Lowly is the biggest in a while.

Personally, I’ve read through it in its entirety twice, finding myself regularly returning to highlighted passages and select chapters. The Lord has certainly used Ortlund’s near perfect blend of biblical truth, Puritan theology, and pastoral care to nourish my faith and stoke greater delight in God. From various conversations I know this to be the case for most readers. In my local church copies of Gentle And Lowly have been passed around more aggressively than the seasonal flu, and no one has been unmoved by Ortlund’s devotionally imbued, accessible yet wonderfully rich work in popular theology.

The eagerness with which so many Christians have read and reread Gentle And Lowly raises some questions. Why has it made such an impact on the church? How is it any different to the numerous other books unpacking the gospel and its source in God’s loving character?

“Let the Heart of Jesus be Lovely to You”

We might begin to answer those questions using Ortlund’s own words. He writes, “The message of this book is that we tend to project our natural expectations about who God is onto him instead of fighting to let the Bible surprise us into what God himself says.” His aim, then, is to reorient our hearts towards God’s; to root out the self-doubts that say, ‘God couldn’t truly love me.’ Reading Gentle And Lowly might be likened to Peter’s miraculous catch in the Gospel of Luke. We’ve all found Peter’s words on our own lips, “Depart from me, for I am a sinful man” (Luke 5:8), only to be hear Jesus’ loving correction, “Don’t be afraid” (Luke 5:10).

Similarly to conversion, the Christian life is a long struggle to believe that despite knowing us fully, God loves us completely. I imagine each of us will wrestle with this until glory. So, a few pages on, Ortlund adds, “The Christian life, from one angle, is the long journey of letting our natural assumption about who God is, over many decades, fall away, being slowly replaced with God’s own insistence on who he is.” I think Gentle And Lowly took so many Christians by surprise simply because it majored in God’s love. It is a book about God’s abundant and overwhelming embrace of sinners and sufferers.

One of my favourite passages from the book captures this: “Let the heart of Jesus be something that is not only gentle toward you but lovely to you. If I may put it this way: romance the heart of Jesus. All I mean is, ponder him through his heart. Allow yourself to be allured. Why not build int to your life unhurried quiet, where, among other disciplines, you consider the radiance of who he actually is, what animates him, what his deepest delight is? Why not give your soul room to be re-enchanted with Christ time and again?” Those who have responded in joyous faith to Ortlund’s exhortation have been wonderfully surprised by the God we meet in Christ, over and against the tightfisted God we fear.

So, What’s Wrong With Gentle And Lowly?

Now, not everyone loves the book. In a few places online you can find detailed theological critiques of Ortlund’s book, from claims that he cherry picked the Puritans to the accusation that he fundamentally misrepresents the character of God. This latter charge is a serious one. Though we might paraphrase (and albeit grossly reduce) it to this: ‘God isn’t that nice.’ As Ortlund notes throughout Gentle And Lowly, all of us struggle to truly rest in the grace of God. We’ve heard about his lavish love. We readily affirm his mercy. Yet we battle to believe that that’s how he approaches us. I think this is what lies behind some of the negative reactions to Ortlund’s book.

Evidently, Ortlund anticipated the above resistance to his work. For it is inherent to all of us, despairing at ourselves and doubting God’s abundant grace. But I believe there’s another reason behind some of the more antagonistic reactions to Gentle And Lowly. It’s what Timothy Keller calls the spirit of the elder brother, in his Prodigal God. Contrast with the younger brother, who doubts that the father can forgive him, the older brother resents the unconditional love that his father extends to his sibling. Keller puts it perfectly when he says that the older brother loses out on the father’s love because of his own obedience and fidelity. “It is not his sins that create the barrier between him and his father, it’s the pride he has in his moral record; it’s not his wrongdoing but his righteousness that is keeping him from sharing in in the feast of the father.”

In closing, I’m not saying that the more zealous critics of Gentle And Lowly are lost in their own confusion about and rejection of God’s spectacular love. But I am suggesting that their disapproval of Ortlund’s book might not in its essence be a theological one. Haven’t all of us said or thought. with the older brother: “Look, these many years I have served you, and I never disobeyed your command…But when this son of yours came, who has devoured your property with prostitutes, you killed the fattened calf for him” (Luke 15:29-30)? I wonder if this isn’t the feeling that partly lies behind some Christian’s disapproval of Ortlund’s book. That God’s overwhelming love means he meets us with open arms, regardless of who we are or what we’ve done.