Don't Wait for the Rebuke: Repent and Confess Your Sin 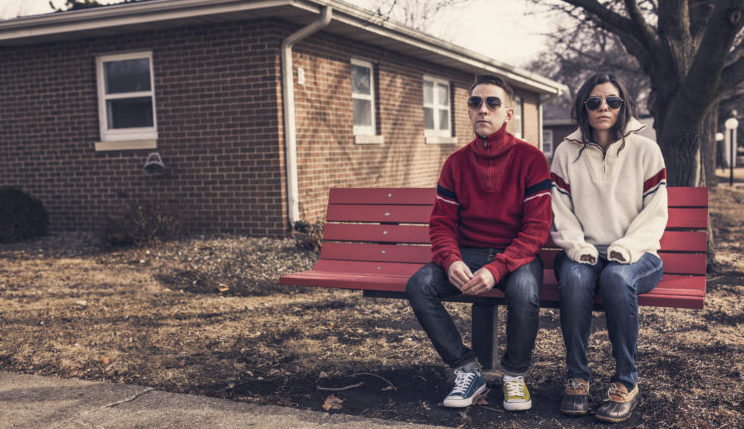 There are many reasons Christians don’t rebuke one another. But perhaps the one that runs deepest is that we just want people to like us. We fear coming across as self righteous, imagining that by calling out sin we will be alienated from other Christians. This is not an unreasonable fear. For even among Christians it is not difficult to be labelled judgmental and scorned for interfering in other people’s personal affairs. However, when sin is apparent, that is precisely what Jesus calls us to do: if someone sins against you, go and tell them. Naturally this must be tempered, as Christians navigate between rebuking sin and becoming judgmental or hypocritical. That being said, Jesus’ directive for us to rebuke sin stands.

For many years I treated Matthew 18:15-20 as if it was the only thing Jesus said about dealing with sin—both our own and others’. My operating assumption was that the sin-rebuke dynamic ran in one direction: if someone is sinned against then they must rebuke the offender. This lead me to making remarks such as: ‘If Tim has an issue then he should bring it to me,’ and, ‘If Jeffrey thinks I’ve sinned then must say so.’ Admittedly, it is wonderfully convenient to live like this, for at least two reasons. We’ve already touched on the first: most Christians are afraid to rebuke sin. Thus as long as I’m waiting on other Christians to identify and call out my sin, rebukes and any related repentance will be rare. Secondly, it doesn’t require me to evaluate my own actions or words, for this is the responsibility of others rather than my own. Furthermore, I can easily dismiss my conscience and make light of sin, since most Christians battle to rebuke one another.

But this operating assumption was recently dashed as I read through Jesus’ Sermon on the Mount, especially Jesus’ teaching on reconciliation. Jesus says, “If you are offering your gift at the altar and there remember that your brother has something against you, leave your gift there before the altar and go” (Matthew 5:23-24). Contrary to my notions about sin always needing to be rebuked, here Jesus calls on his followers to search their own hearts and minds—to assess their lives and identify sin. They might have done something that lead to a brother or sister holding something “against them” (Matthew 5:23). They may very well have sinned against someone else but no rebuke was issued. In these verses, Jesus challenges our tendency to hide behind Matthew 18:15-20. At the very least, they suggest that it isn’t always up to someone else to point out my sin.

Just as in Matthew 18 Jesus calls for us to rebuke sin with the aim of repentance, in Matthew 5 he commands us to confess our sins to one another—to seek reconciliation (Matthew 5:24). We might go as far as saying that Jesus is describing unprompted repentance. Therefore the onus is not always on the one who is offended or sinned against. Jesus’ brother put it simply, “Confess your sins to one another” (James 5:16). Unlike the view that says I will repent when I am rebuked, here we clearly see that the Christian faith involves repenting of our sin individually and confessing it to others, seeking reconciliation when we have wronged or sinned against someone.

This point goes some way in enriching our understanding Jesus’ beatitude, “Blessed are the peacemakers, for they shall be called sons of God” (Matthew 5:9). We might be forgiven for imagining that this blessing is reserved for those who work with the UN or family counselling. But perhaps “peacemakers” are just that—those who sow peace (James 4:18). While there are grander, global stages on which one might work towards reconciliation this does not mean pursuing peace at a local and relational level is inconsequential. In fact, Jesus’ teaching in Matthew 5 indicates the opposite. Christians should be peacemakers. As Paul writes in Romans 12:18, “so far as it depends on you, live peaceably with all.” Surely this is not limited to being gracious in the face of a rebuke. Surely it requires being ruthless with our own sin, repenting and working towards being reconciled with those we’ve hurt.

As the Westminster Confession of Faith has it, “Men ought not to content themselves with a general repentance, but it is every man’s duty to endeavour to repent of his particular sins particularly” (15.5). The Westminster Confession goes on to qualify this statement in 15.6, repentance involves private prayers of confession before God. But this may mean, “Public confession and sorrow for his sin, to declare his repentance to those that are offended, who are thereupon to be reconciled to him, and in love to receive him.” I remain convinced that our churches would be far healthier if we Matthew 18:15-20 and rebuked our brothers and sisters when they sin. But I am also convinced that this is not the only way that sin should be tackled. As Jesus teaches in Matthew 5, we should be ready to repent of sin and confess it to others—even when they aren’t confronting us about it.

« Tolkien: Friendship Versus Marriage The Necessity of Mixed-Sex Friendships for Christian Faith »
comments powered by Disqus