The 'Corinthian Problem' Behind 1 Corinthians 7 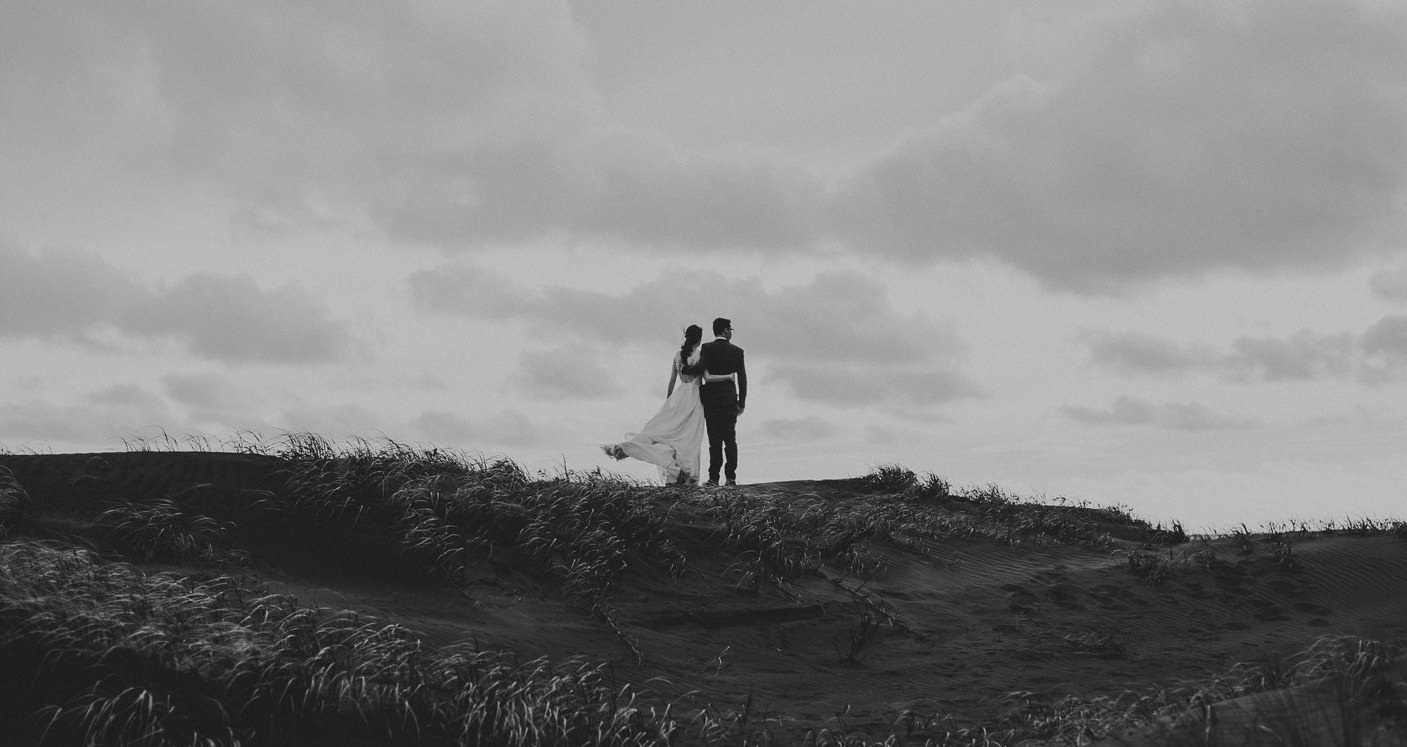 Last week I published the first article in a series on singleness and marriage. Following its publication I was asked by more than one reader whether I had failed to give due diligence to the ‘Corinthian problem,’ particularly in 1 Corinthians 7. The ‘Corinthian problem’ can be more broadly referred to as the letter’s occasion or historical background. Below I will engage with one reader, who felt that a better grasp of 1 Corinthians’ historical context yields different conclusions to those reached in my article, especially concerning Paul’s high view of singleness and what appears to many as an intolerably low view of marriage.

Did I Miss Something?

This is what that reader said, “The gift is celibacy, not singleness. When Paul says he wishes all were as he was he isn’t speaking of unmarried, he is speaking of those who don’t physically desire sex. This is a pretty common error. Paul was speaking to a specific problem in the church where false teaching was happening among the Corinthians [claiming] that they shouldn’t get married or if they were married they shouldn’t have sex with their spouses as a type of spiritual chastity to which God was not asking them to attain…Marriage is the norm, established at creation. Most who put off marriage or remain single do so out of selfishness or [ungodly] sexual outlets.”

This comment came to me anonymously. So my purpose in quoting it is not to single the reader out. Rather, I hope that by engaging with it I can answer a few of the criticisms made and also explore the relationship between biblical text and historical context. The question I intend to offer the beginning of an answer for is: how much influence should the historical context and situational details of either author or audience - or both - have on our interpretation?

This exercise will also defend and buttress the conclusions I offered in my first article. I remain convinced that one cannot but conclude from 1 Corinthians 7 that Paul encourages deliberate singleness among Christians, exalting it above our romance-obsessed culture’s low and lonely view of singleness. So let’s get to it. Have I fallen prey to “a pretty common error” in my interpretation? Did I overlook the specific Corinthian problem, tied to false teaching?

Historical Context Is Vital For Interpretation

Before I attempt to answer those questions, let me state that I am convinced historical context cannot be ignored in the task of interpretation. For example, “I can do all this through him who gives me strength” (Philippians 4:13), can only be read as a blank cheque for power and success if we ignore Paul saying twice in the preceding verses that he learnt contentment—not to mention that he was imprisoned at the time of writing.

What Was The ‘Corinthian Problem’?

What was the “specific problem” at Corinth? It is here that I think that my reader overreaches. For the ‘Corinthian problem’ is not as clear cut as they suggest. Evidently, Paul is addressing matters that the Christians at Corinth had raised with him—these include some significant theological errors or issues (see 8:1; 12:1; 15:12, 35).

1 Corinthians 7 opens with, “Now concerning the matters about which you wrote: ‘It is good for a man not to have sexual relations with a woman.’” We don’t get much more than this from the letter without running the risk of mirror reading. If this is the extent of what we know lies behind the text, can we confidently say that the Christians at Corinth thought “[2] they shouldn’t get married or [1] if they were married they shouldn’t have sex with their spouses”? The simple answer is, ‘No.’ The Corinthians wrote to Paul about sexual abstinence, period.

We Must Test Our Proposed Historical Context Against The Biblical Text

This brings me to the point I want to develop in this post. Without denying that historical context, situational details, or occasion are crucial for interpretation, we must hold these loosely. For often these details are little more than historical reconstructions. We simply cannot say for certain what the historical context was for some of the New Testament writings. Therefore we must test these reconstructions and proposed historical backgrounds against the biblical text. They should not clash with a straightforward reading of the text. My reader proposed a historical context, a “specific problem” or false teaching. But how specific can we really be? Did the Corinthians erroneously believe that they [2] should not marry and [1] if they were married should not have sex?

Let’s test the second half of my reader’s proposed background against 1 Corinthians 7: married believers were refraining from having sex with their spouses. Much within the text of 1 Corinthians 7 fits this historical background. Spouses are exhorted not to deprive each other (7:5). Accepting that their spouse has authority over their body (7:4), they must not withhold “conjugal rights” (7:3). They should not separate (7:10-11), which may or may not have been the greatest demonstration of their problematic view of sex within marriage. Added to this is the language of remaining as you are (7:17-24), continuing to live as you have been called (i.e. married). Much from 1 Corinthians 7 supports this aspect of my reader’s historical context: married believers were not having sex. Paul repeatedly exhorts sex within marriage, opposing sexual abstinence among marrieds.

But what about the other part of my reader’s proposed historical context? Did the unmarried believers at Corinth prize some kind of “spiritual chastity” at the erroneous expense of marriage? Was marriage a victim of false teaching? Perhaps. But this proposal falls short when tested against the text.

For starters, it is grounded in the tenuous claim that Paul is referring to celibacy as a gift, not singleness. My reader writes, “When Paul says he wishes all were as he was he isn’t speaking of unmarried, he is speaking of those who don’t physically desire sex” (see 7:7). This is simply wrong. In the very next verse Paul says, “To the unmarried and the widows I say that it is good for them to remain single” (7:8). The sustained distinction throughout 1 Corinthians 7 is not between those who have the gift of celibacy and everyone else; it is between those who are married and those who are single.

My reader also claims that, “Celibacy should only be practiced by those who don’t have a desire for physical intimacy and only so that they can focus on a specific calling from God as Paul did.” As with the unproven assumptions about celibacy (above), this point cannot be squared with 1 Corinthians 7. After calling singleness “good” (7:8), Paul’s makes a concession, “If they cannot exercise self-control, they should marry” (7:9). This is perhaps clearer in 7:36-38. There Paul says those who are sinning sexually should marry (7:36). However, the alternative to marriage in the next verse is not whether one has the gift of celibacy but whether one can keep their pants on: “firmly established in his heart…having his desire under control” (7:37). The determining factor between marriage and singleness is not the peculiar gift of celibacy but self-control and commitment to sexual purity.

One final detail in the text that that seriously challenges my reader’s proposed historical context is found in Paul’s concluding directions for widows (7:39-40). Though they are free to remarry (7:39), Paul writes, “in my judgment she is happier if she remains as she is” (7:40). This is perhaps the most damning piece of evidence against any claim that Paul was not encouraging singleness. Paul did not envision two types of people: (i) those with the gift of celibacy; and (ii) everyone else. For within this inflexible categorisation widows would almost certainly belong to the latter group. They have, after all, been married and enjoyed sex. Must we conclude that being widowed suddenly imparts the gift of celibacy? No, consistently with what he writes in 7:6-9, Paul encourages singleness and sexual chastity (7:40).

Using this approach we can see that sexual abstinence within marriage was almost certainly a problem or theological error in Corinth. However, the claim that the Corinthians had made a virtue out of celibacy or singleness has no support in the text. More than this, details in 1 Corinthians 7 plainly contradict this proposed historical context. We must be careful that in our interpretation of Scripture we don’t sacrifice straightforward or plain meaning on the altar of our presupposed and reconstructed historical backgrounds.